As soon as Bernie Sanders could break free from his session of Jury duty in the Senate Impeachment sham, he hopped a flight to Iowa on Saturday. He needed to slap Alexandria Ocasio-Cortez around a little to remind her that she’s supposed to be campaigning for him, not just blowing her own horn.

Sanders sent her out on the campaign trail to act as a stand in, but her first night in front of the microphone she didn’t mention his name a single time. “In her speech closing out the event, Ocasio-Cortez — who first endorsed Sanders back in October — never once mentioned his name,” Fox news reports, “she alluded to Sanders but didn’t mention his name once.” That wasn’t going to happen again, Bernie vowed, so he high tailed it to Iowa.

Bernie told the Ames Tribune that he made a “game-time decision” to appear in person at the Ames Auditorium and was “delighted” to make the trip all the way from D.C. after days of grueling impeachment testimony. The stress and excitement can’t be very good for his heart. He had a heart attack in October. Looks like AOC is trying to give him another one.

Bernie was banking on AOC’s popularity with the impressionable and naive younger set, who lean radically far left. Brittney Jang at progressive MediaHQ writes that a run-in with Alexandria Ocasio-Cortez can be as much fun “as eating a whole pack of Fun Dip for a middle school student.” She calls it “a rush that is so intense that you may think that it has temporarily released your consciousness to a higher level of being where you could see an unrealized version of the world.” Civilization is doomed.

Sanders happily told the crowd of young socialists that the establishment is looking at early state and national polls and are saying, “Oh my god, Sanders can win.” It is a horrifying thought. Conservatives are reassured that Sanders is never going to be able to defeat Trump in the general election.

Bernie gets walked over politically like a doormat, just ask Hillary Clinton and Debbie Wasserman-Schultz. They stole his share of the DNC campaign fund right out from under his nose in 2016 and he just smiled about it. That’s okay, he said. I understand. Then he went off to his new beach house on his new jet. Nice digs for a socialist. 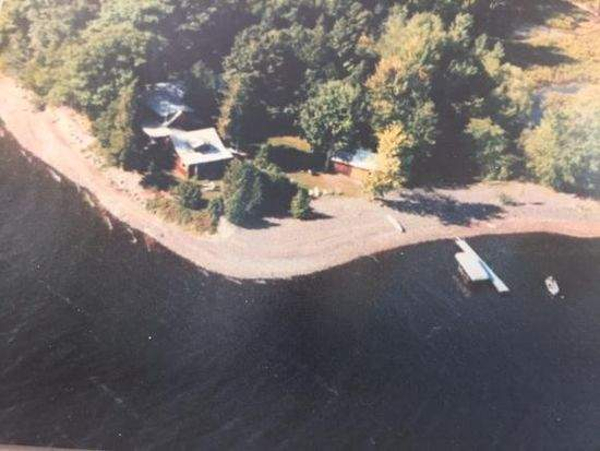 Bernie wants to remake America into Venezuela and Ocasio-Cortez wants to help. They want to drag industry back to the stone age with regulation while burdening business with crippling taxes. All so they can toss free stuff around like it has no intrinsic value.

On Friday night, AOC was joined by uber-liberal filmmaker Michael Moore. He warmed up the crowd by getting so excited about Bernie that he looked like a puppy when it’s owner comes home from work. The crowd was expecting him to pee on the stage at any moment.

“I’m so excited about our possibilities here. Right here in Iowa. Bernie was in Dubuque a couple of weeks ago and I scribbled this down here – I came to tears watching him say this,” Moore relates. “Someone asked him if he thought he was too old to be president of the United States and Bernie said ‘I’ve been saying for months, I’ll tell you what’s too old — 40 million people in this country not having health care. That’s too old.'”

There is more than one way to solve the health care problem but Sanders just wants the government to pick up the tab for everyone and anything. In the end, Moore got to the real issue on every liberal mind. “We have to crush Donald J. Trump with the truth and with a candidate who is the opposite of Donald J. Trump.” Well, their version of the truth.

After warming up the ultra-progressive crowd, Moore handed the mic to Ocasio-Cortez, who used it to promote her open borders nonsense. She wants to abolish our immigration agencies totally, both Immigration and Customs Enforcement (ICE) and Customs and Border Protection (CBP) to let any criminal or terrorist stroll into America anytime they want.

Besides strapping tanks on cows to sequester the methane emissions, ie “cow farts,” AOC won’t be happy until we roll the clock back to before the industrial revolution. She wants America to look like it did when the pilgrims stepped off of the Mayflower. She suggested, “that political leaders craft the nation’s environmental policy around ‘indigenous wisdom.'” 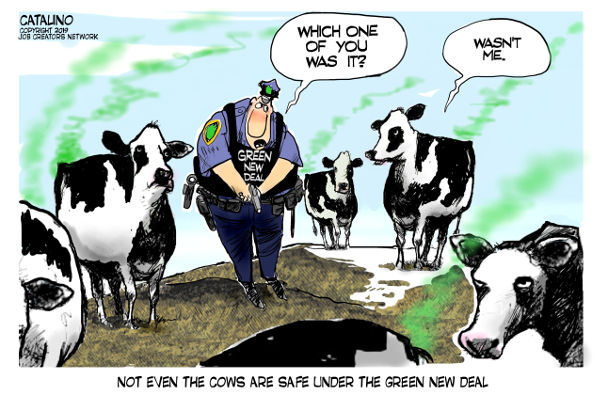 Bernie called in to Friday nights rally then trusted AOC to point the voters in his direction. She forgot all about him. That’s why Bernie wasn’t taking any chances Saturday. He made sure to hit all the liberal hot-buttons.

Once they get “the worst president in modern American history” out of the way, Bernie will “raise the minimum wage, ease restrictions on unions, pass a Medicare-for-all bill, institute Ocasio-Cortez’s Green New Deal proposal, reform the criminal justice system, preserve Roe. V. Wade, legalize marijuana in all 50 states and end the ‘demonization’ of illegal immigrants.”

This only goes to show that liberals and conservatives see two entirely different realities. The only way to fight back is register and vote in every election. Politics is not a spectator sport.