The Las Vegas Massacre was executed from Mandalay Bay Resort and Casino where it turns out terrorist actions are considered an appropriate cause for donations. 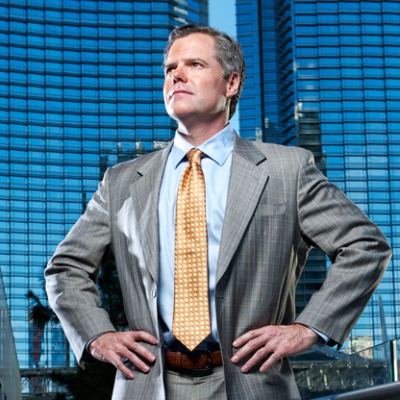 CEO of Mandalay Bay and MGM Grand, Jim Murren, asked employees just two months prior to America’s most deadly shooting in US history from one of his hotels, to donate to the terrorist organization known as CAIR or Anti-Trump extremist groups and he would match their amount in the name of charity.

To add insult to injury, Maureen claims to be a life long Republican who chose to betray his party in favor of Hillary Clinton. iI wonder what his motive fr THAT one was.. *cough* MONEY *cough*. Not to mention the fact that Murren’s wife worked for Obama and the Obama administration and you have the recipe for a strong conspiracy theory known as a ‘false flag’ surrounding the possibility the Shooter Stephen Paddock was set up in the name of political strategy from the Democratic Party.

On August 15, 2017, Jim Murren, CEO of MGM which owns Mandalay Bay Casino and Resort, came out with a bold statement of support for Hillary Clinton’s presidential campaign: As a lifelong registered Republican, I’ve crossed the aisle only a few times in elections past, and almost never at the presidential level. Each time, it was a gut-wrenching decision.

But this year it’s an easy choice. I’m going to put my country ahead of my party by voting for Hillary Clinton — and by making my first-ever public endorsement of a presidential candidate.

In an internal memo obtained by Investigative reporter, Laura Loomer, Murren unknowingly incriminated himself by promoting extremist actions just months before the devastating shooting the shook the country.

Jim Murren, the CEO of MGM resorts which owns Mandalay Bay Resort and Casino (where Stephen Paddock committed his massacre) asked employees to donate to CAIR, a documented terrorist organization, two months ago.

Does anyone else smell a rat?