Virginia’s Anti-Second Amendment Governor officially signed five highly questionable gun control schemes into law. Enforcing them will be a totally different story. Backlash to the bills created a “Second Amendment sanctuary” movement which swept across the state faster than coronavirus.

Democrat Ralph Northam signed five oppressive gun control bills into law on Friday, featuring background checks and “extreme risk” protective orders. They have been hot button issues for the Governor, who personally introduced them during the 2019 legislative session.

The ideas quickly went down in flames. When Northam scheduled a special legislative session devoted to the gun control debate, Republican lawmakers walked out. They adjourned the session without doing a thing after only 90 minutes.

He brought them back in January after the Democrats took control of the state legislature. They passed the controversial bills and sent them to the Governor to sign on Friday. One was an “extreme risk protective order,” or “red flag” law that lets authorities “temporarily” take firearms away “from people deemed to be at high risk of harming themselves or others.”

From now on, background checks will be required for all state gun sales. Only one handgun can be purchased per month and gun owners are now required to “report the loss or theft of a firearm within 48 hours, or face a civil penalty of up to $250.” Finally, there’s a new law that provides stiffer penalties for carelessly leaving a “loaded, unsecured firearm” laying around where it could endanger “anyone under the age of 14.” 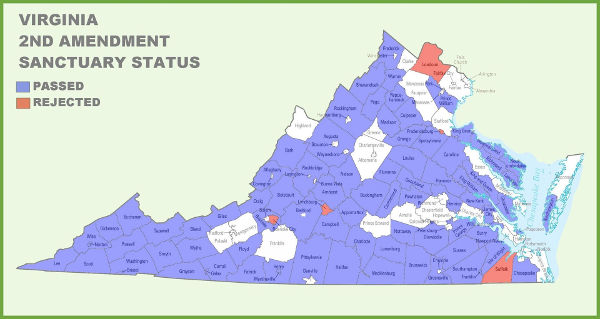 The gun bills were so inflammatory that back in January, 22,000 patriots gathered at the state capitol in protest of the unconstitutional overreach. Liberals were terrified because many of the Second Amendment supporters came heavily armed. To their disappointment, the patriots all acted peacefully and there weren’t any incidents.

Now that the laws are in force, Philip Van Cleave, president of the Virginia Citizens Defense League, vows to continue the battle in court. His group “has been readying lawsuits for weeks.” Van Cleave noted that the patriotic protests had an effect by reining in some of the more excessive abuses. “Most of the gun-control bills that made it to the governor’s desk had been scaled back. Those bills are still bad, but not as bad as they once were.”

An assault weapons ban went into the wastebasket but there are a couple of bills still pending. A bill to allow “localities to regulate firearms in public places,” and a requirement for “individuals under protective orders to turn over their firearms within 24 hours and prove that they’ve done so.” 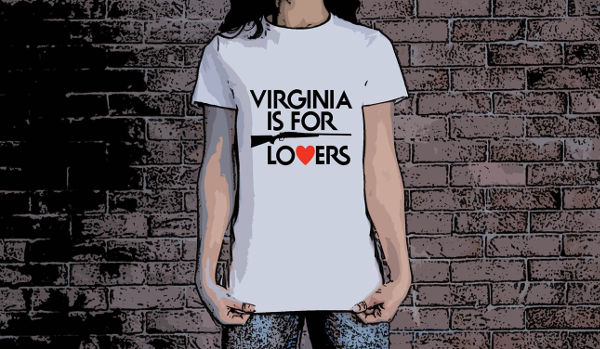 According to ABC News, “nearly every Virginia county has voted to declare itself a ‘Second Amendment sanctuary’ for guns, in opposition to the new laws.” Montgomery County Sheriff Hank Partin asserts, “a lot of folks feel like their defense mechanisms are being taken away from them.”

Mitchell Tyler, owner of a family-run gun shop in Roanoke, eloquently declares, “The phrase ‘awoken the sleeping giant’ is probably the best way to describe the Second Amendment group now.” That’s because, “gun owners are a threat to politicians at the ballot box. That is where we’re most dangerous. Because of this groundswell in sanctuary cities and counties, I think you’ll see Virginia go red this year in the presidential election.”

In the wake of the coronavirus emergency, “gun sellers across the United States are reporting major spikes in firearm and bullet purchases.”