The idea to push Americans to have a progressive attitude and comply with the two-sex society of “gender equality” has attacked and broken many popular social rules.

Many Americans are confused and do not know how to handle the abounding social preferences of equal, different and integral men, women, boys, and girls.

The list goes on and on… And this bizarre way of thinking is hitting colleges and schools all around the nation. 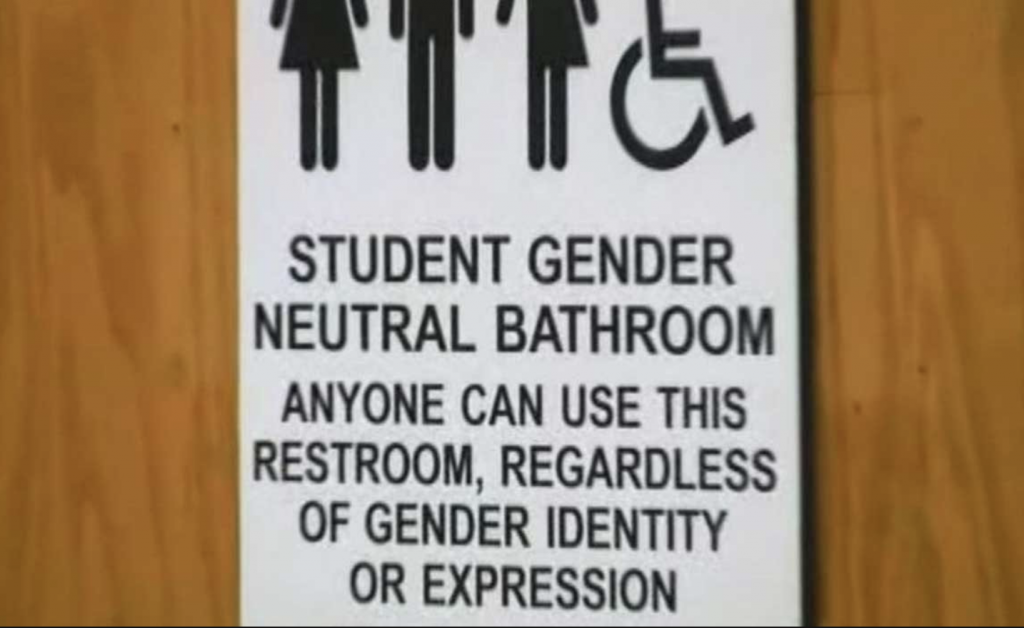 Three out of four college-educated Democrats seem to believe that a man can be a woman if he just says so, regardless of his biology, genetics, and genitalia, according to a skewed survey conducted by the Pew Research Center.

The main question in the August-to-September survey of 4,573 people is built on the phrase: “sex assigned at birth.” But that phrase was invented by transgender activists to help them claim that every person’s sex is independent of their biology and that a newborn’s sex should not be unfairly “assigned” by the doctors and parents who examine the newborns’ biology and visible genitalia. The Pew survey asked:

Which statement comes closer to your views, even if neither is exactly right?

According to Pew’s write-up:

Most African-Americans and a large percentage of Latinos seem to disagree that the parents and doctors’ are just guessing. According to Pew:

Democrats’ views also differ by race and ethnicity. Some 55% of black Democrats and 41% of Hispanic Democrats say a person’s gender is determined by their sex assigned at birth, a view shared by just 24% of white Democrats.

Republicans prefer to rely on the expertise of doctors and parents, according to the survey, which showed that: 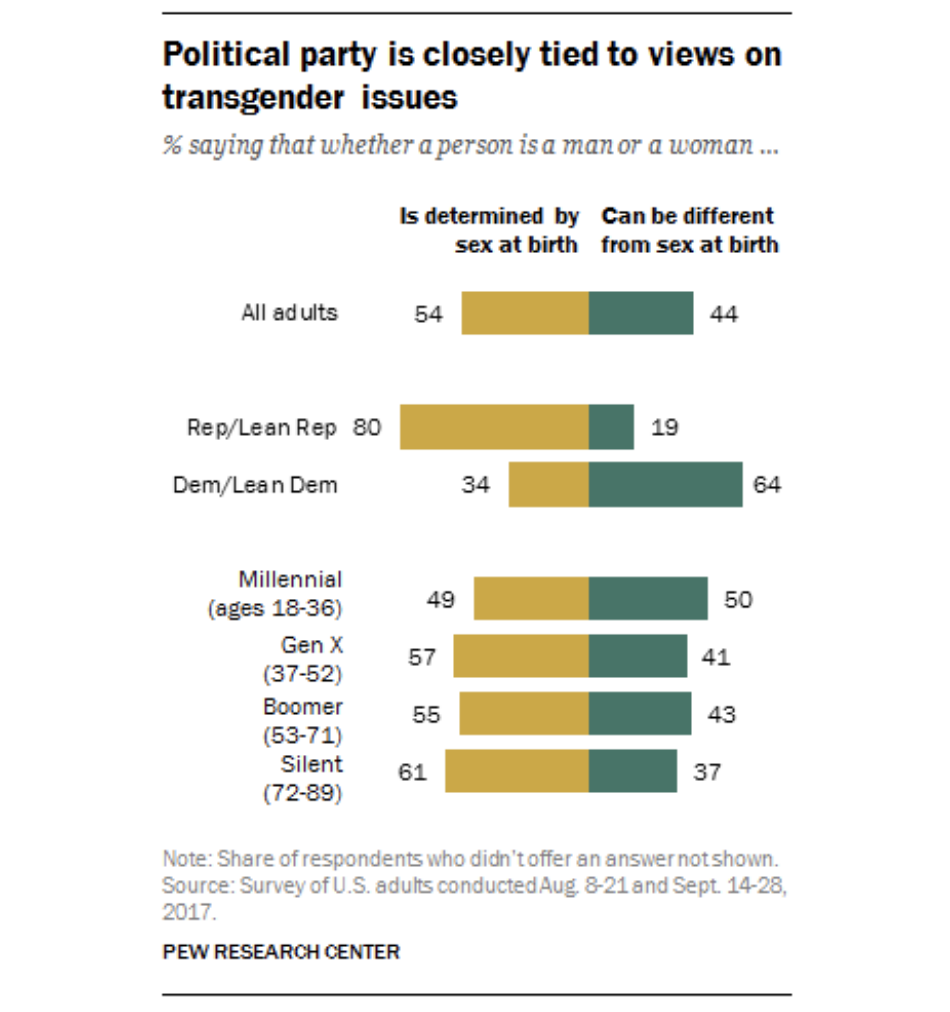 However, the Pew results may be utterly unrepresentative of reality, partly because few Americans are familiar with the “sex assigned at birth.”

Also, the clause — “even if that is different from the sex they were assigned at birth” — is very vague, and may be interpreted by many respondents as referring to a adult person who undergoes cosmetic surgery of the genitalia, rather than a person who simply claims to have the “gender identity” of an opposite-sex person.

Pew’s decision to pretend that genitalia has nothing to do with a person’s sex mimics the transgender ideology, which claims that the government must force ordinary Americans to agree whenever a man or women say they are members of the opposite sex, regardless of biology, language or the inevitable civic conflicts.

Pew’s decision to reject biology also may undermine Pew’s polls, which often show that women and men hold different views on political and cultural issues. For example, Anna Brown, the Democratic, white, college-graduate and political activist who described the Pew poll, does not include any data in her report showing whether men and women have different views on the transgender demand that government must restrain women from excluding men-wh0-say-they-are-women from their sports clubs, showers, shelters and other female institutions.

In contrast to Pew’s staff, multiple polls show that most Americans wish to help and comfort people who think they are a member of the opposite sex but they also reject the transgender ideology’s claim that a person’s sex is determined by their feeling of “gender identity,” not by their biology.

Activists who support the transgender ideology claim that 0.35 percent of Americans are transgender. A study of the 2010 Census reported that only 1-in-2,300 adult Americans had changed their name from one sex to the other.

Critics say there is no evidence that a person’s feelings of “gender” are independent of their sex and biology, and Americans see no problem when some boys act like most girls, and girls can act like most boys. Medical experts also point out that the sex-related drugs taken by children, and the surgery used to change a person’s sexual appearance make that person infertile. The drugs also threaten the health of children and adults. Many people who try to switch sex later accept their normal sex, despite extensive health damage.

Conservatives oppose the transgender ideology as a threat to civic and government recogniti0n that the two sexes — men and women — are different, equal and complementary. This long-standing civic recognition allows people to create single-sex institutions — such as single-sex sports teams, education courses or shelters for battered women.

It also allows parents and citizens to preserve the social expectations about each person’s duties, accomplishments, efforts, and ideals — such as beauty or strength, aggressiveness or caring – which complement the different bodies and characters, abilities and preferences, of girls and boys and of adult women and men.

The long-standing existence of different social expectations for male and female people are opposed by feminists and progressives. The two-sex society, say feminists, unfairly inhibits university-educated women who wish to compete against men for professional status and pay. Also, people who want to live as members of the other sex say those two-sex expectations stigmatize their cross-sex desires. Together, the two groups are working with gay advocacy groups to blur the distinctions between the two sexes and to demand a “gender-free” society where the government would block any legal or civic recognition of the distinctions between male and female.

So far, progressive media has been loath to recognize the radical demands of the transgender ideology. For example, a November 11 article in the Washington Post portrayed the dispute as a collision of tribal political identities instead of a political disagreement over civic ideals, parenting, privacy, women’s’ rights, science, and healthcare.