The Pacific Northwest has become our first battleground in the war against COVID-19. An assisted living center near Seattle, Washington, has been pinpointed as the epicenter hub for the rapid “community spread” of the 2019-nCoV bioweapon virus. A whole unit of 25 first responder EMTs were sidelined by quarantine, so far. Washington’s Governor has already declared a state of emergency. Two schools were closed and public events may be canceled. This new development follows reports from California on Saturday that 124 members of the UC Davis Medical Center nursing staff are also stuck in quarantine.

Shortly after Washington state announced the first coronavirus death on American soil, two fresh cases were reported at Life Care Center, in Kirkland. Within hours around 70 more individuals were placed in quarantine, including the entire staff of Fire Station 21, who had contact with the nursing home. Two dozen first responder EMTs are sidelined from giving aid with two weeks in the isolation penalty box. Neither of the patients in the assisted living center had any contact with the man who died in a nearby hospital. It appears that one of the EMT’s unwittingly carried the virus between the two facilities, proving the insidious nature of “community spread.”

At first the local news station KIRO was told that seven firefighters were in isolation but it was quickly revised to 25. “Fire station 21 in Kirkland has a sign up telling people to keep out, including firefighters based there.” They all worked closely with the patients at Life Care Center. None of the emergency techs have shown any symptoms and are quarantined “only as a precaution.” The community will still have emergency services. “We have excellent relationships with our regional fire departments, and we’re making sure we have all the conversations in place, so if we need assistance from our partners, that can be provided,” city official Kellie Stickney assures. 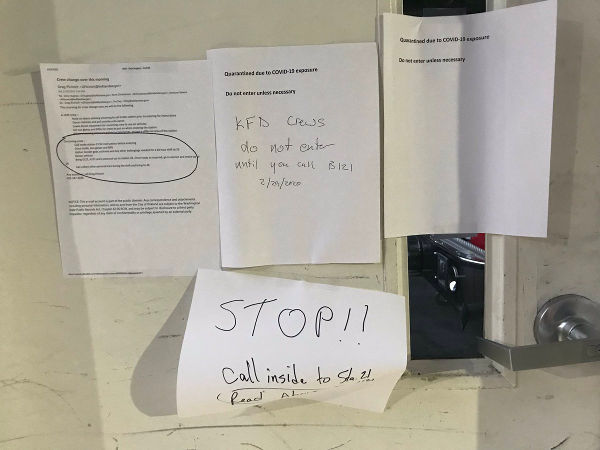 Because we’re dealing with an engineered bioweapon, our medical professionals keep getting caught off guard by a disease that spreads so fast, that up to four others are infected before the first host shows any sign of symptoms. Until now, we have been able to keep close tabs on a handful of cases with known exposure from China. This weekend, everything changed and we’re in a whole new ballgame. Still, the best advice is not to panic. As Governor Jay Inslee suggested when he declared the state of emergency, “This is a time to take common-sense, proactive measures to ensure the health and safety of those who live in Washington state.” If it does become necessary to start putting communities in lockdown, “the emergency declaration would give us some legal authority.”

Not much is known about the fatality except that “he had underlying health conditions and had been a patient at a hospital in Kirkland.” He was not at the Life Care Center. He also “was not known to have traveled abroad, or to have had contact with anyone who had tested positive for the virus.” Then, on Saturday, the announcement came of two new cases. A “40-year-old female health care worker who has no known travel outside the U.S.,” but does work at the nursing home, and “a resident of the center, in her 70s.” Both tested positive for what the CDC now calls HCoV-19. They stopped using 2019-nCoV when news stories began linking that name with the specific bioweapon labs it came from and the scientists who worked on the project. Big brother is trying to play that part down.

Soon after the two positive cases were identified, 27 residents and 25 of the health care staff “have shown symptoms of respiratory illness or have been hospitalized for pneumonia.” According to Dr Jeff Duchin, the local Public Health officer, “we’re in the process of investigating this situation as an outbreak. We’re in the beginning stages of our investigation.” The nursing home is locked down. “the facility said it’s not allowing visits from families, volunteers or vendors, and is also placing admissions on hold for the time being.” They are also working with the Centers for Disease Control and Prevention “and we’re in a process of providing support to that facility to care for the infected patients, to protect the uninfected patients, and to provide infection control.” 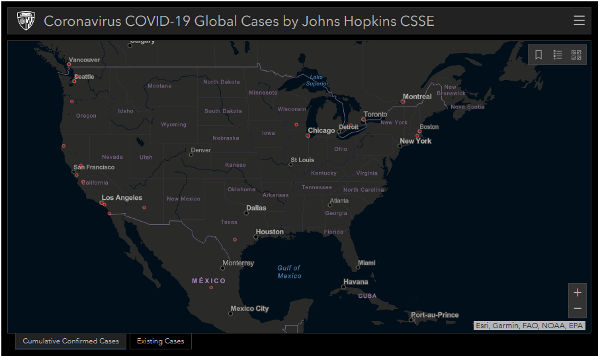 In Snohomish, Washington, a student of Henry M. Jackson High School in Mill Creek, “became ill Monday with a fever, body aches and a headache, and visited two clinics in the county this week.” He felt better so returned to school on Friday. Then his tests came back positive. “A handful of students who came in close contact with the teen are being quarantined at home for 14 days,” a letter to the parents explains. The high school will be closed for three days starting Monday for “deep disinfecting.”

The state of Oregon also announced its first case of COVID-19 on Friday. According to a state official, “an employee of Forest Hills Elementary School in Lake Oswego, a suburb of Portland, appeared to have contracted the virus more than a week ago.” And has been running around loose in the community ever since. This school will also “be closed for several days,” for deep germicidal cleaning, “but parents said they were uncertain and scared.” One mother of three children told local news, “I really don’t know how to process it at this point,” Danielle Gaustad exclaims. “When people don’t understand an illness, and clearly no one understands coronavirus at this point, everybody gets scared.” Gaustad hesitates to send her children back to school when it opens. “I don’t know when I will, honestly. It’s scary.”