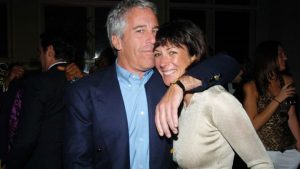 American financier, who had ties to celebrities, politicians, and royalty, was arrested on multiple disturbing charges but now new charges come to light. he died have been rampant on social media.

On July 8, 2019, American financier Jeffrey Epstein charged by the federal prosecutors with one count of sex trafficking of a minor and one count of conspiracy to commit sex trafficking. The fresh update is unforeseeable for Ghislaine Maxwell. Prosecutors added eight-count indictment accuses Maxwell of grooming and paying a 14-year-old girl to engage in sex acts with Epstein at his home in Palm Beach, Florida, from 2001 to 2004.

Ghislaine Maxwell thought her money, high-echelon social connections, and blackmail tapes would keep her out of jail but it is not working on this case. Maxwell offered to bail $28.5 million in assets and renounce her citizenships in the United Kingdom and France; however, it was denied.

The lawyers of Maxwell known to be powerful but prosecutors just filed a “superseding indictment.” This time, charges contained in a rewritten indictment returned by a grand jury in Manhattan federal court alleged that a conspiracy between Epstein and Ghislaine Maxwell occurred between 1994 and 2004. An indictment returned after Maxwell’s July arrest limited crimes to a three-year period in the 1990s.

In July, Maxwell was arrested at a remote New Hampshire mansion. Prosecutors say she played a key role by grooming the child “to engage in sex acts with Epstein through multiple means and encouraging them to accept his offers of financial assistance. She also participated in some of the abuse herself, according to the original indictment.

As of this writing, her attorneys did not immediately respond to a request for comment on the new charges.

Maxwell is locked up with no bail at the Metropolitan Detention Center in Brooklyn, New York, just across the river from the federal prison in Manhattan where Epstein found dead by apparent suicide in August 10, 2019 while he was awaiting trial on sex trafficking charges.