This weekend a three-day country music event near the Mandalay Bay Resort and Casino was interrupted by the raining of a rapid-fire barrage.

A gunman on the upper level of a Las Vegas hotel murdered at least 59 people, and injured 527 others, sending thousands of horrified survivors fleeing for cover in the most deadliest shooting in our US history.

The Jason Aldean performance came to an abrupt stop. Victims left and right fell to the ground, bleeding and ducking for cover, or running as concertgoers frantically screamed for their lives. 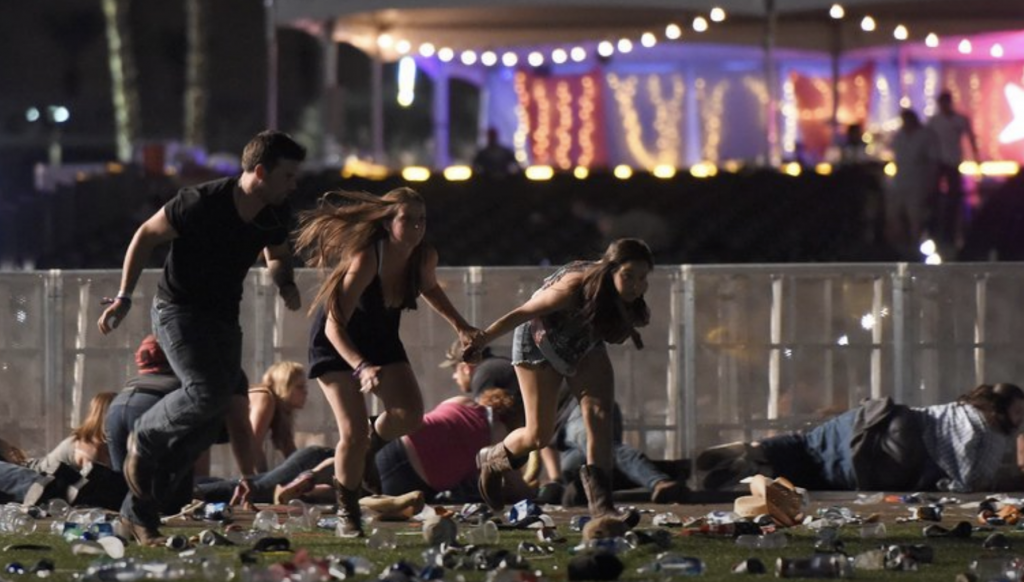 “Get down,” one shouted. “Stay down,” screamed another.

The Las Vegas police eventually found the gunman, but claim he was found dead in his hotel room, despite mixed reports and a whole lot of uncertainty from Americans. One thing we do know for sure though, was that the suspect that police pinpointed as the shooter was a nut job. His name is Stephen Paddock, and he was 64 years old.

President Trump condemned the shooting as an “act of pure evil” and called for the country to come together, saying, “Our unity cannot be shattered by evil, our bonds cannot be broken by violence.”

Others spoke as well on the shooting, including Rep. Trey Gowdy.

He spoke on Monday night on Fox News Channel to offer his thoughts on the terrifying incident that has shaken our nation.

He is specifically concerned about the investigation on the mass shooting that has left 59 innocent people dead, and brings up some pretty valid points we all need to take into account.

Gowdy told host Martha MacCallum he was skeptical that Stephen Paddock, the individual thought to be responsible for the shooting, could have acted without at least one person identifying his behavior as suspicious. The South Carolina Republican predicted in coming days he will be proved correct.

“It’s an incredible level of premeditation that you don’t ordinarily see,” Gowdy said. “And it is difficult to believe that a single person could have done this without detection. And so, I hope that what comes out of this is people – you know, lots of crime is prevented because a non-law enforcement officer says something. The weapons and whether or not it was altered to become fully automatic and the premeditation of picking a certain hotel room. I think we’re going to find someone along the way was suspicious they should have turned that suspicion into a phone call to law enforcement. It’s an incredible amount of premeditation to not go detected.”