Democrats say Donald Trump should be impeached over a phone call, but every time we turn around, it looks like Democrat leaders should be the suspects!

Joe Biden and his son, Hunter, are deeply involved in this mess already.

And now, another well-known Democrat has become embroiled in this charade: Hillary Clinton!

The Blaze just released evidence that apparently links Ukraine to helping the DNC and Hillary’s 2016 campaign.

This could REALLY be bad news for Hillary … and great news for Trump:

The Blaze has released an audio recording that they recently obtained that appears to show Artem Sytnyk, Director of the National Anti-Corruption Bureau of Ukraine, admitting that he tried to boost the presidential campaign of Hillary Clinton by sabotaging then-candidate Donald Trump’s campaign.

Hillary, Hillary, what have we here? Thought Ukraine might help you out, huh?

Sytnyk was actually tried and convicted in Ukraine for interfering in the 2016 presidential election. That’s some proof right there.

Then there’s the connection between Ukraine and the Democrats, and that involves veteran Democratic operative Alexandra Chalupa:

She worked in the White House Office of Public Liaison during the Clinton administration, then was a staffer and consultant for the Democratic National Committee.

And according to these audio transcripts, Chalupa worked directly with the Ukraine embassy.

Ukraine isn’t denying this connection, either.
A Ukrainian embassy officer confirmed his country was “coordinating an investigation with the Hillary team,” and they “worked very closely with Chalupa.”

“I don’t know how, but the Americans got an audio recording of Mr. Sytnik’s conversation: He is resting with his family & friends & discussing how he would like to help Hillary.”@glennbeck reveals the Ukraine transcript the media isn’t talking about.https://youtube.com/watch?v=kuvfYE7ZdL0 … 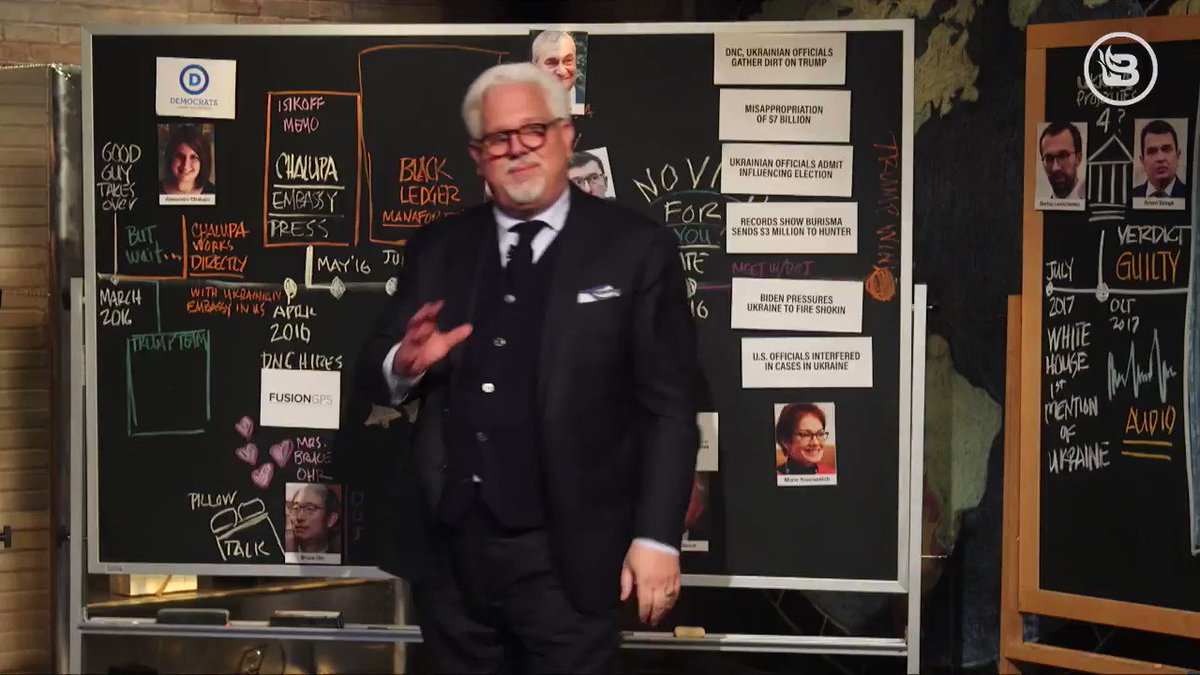 4,072 people are talking about this

We’ve got the leaked audio evidence, a Ukrainian who was found guilty of meddling in the U.S. election, and a Democrat staffer directly connected to the DNC and Clinton.

Is this enough proof to investigate? Looks like a lot more than Democrats have on Trump.

Do you think Hillary herself knew what was going on? Seems like an investigation would figure that one out.