Over 34 women have come forward stating that they have been victims of the alleged serial sexual predator, Harvey Weinstein.

The once Titanic Hollywood Star, now is tumbling down in a fast spiral of a hurricane, as some of the victims have even professed rape by the dirty old man.

But of course, the one person you would all expect, has decided to come to Mr. Weinstein’s rescue with her list of double standards..

The one and only ‘Crooked Hillary.’ 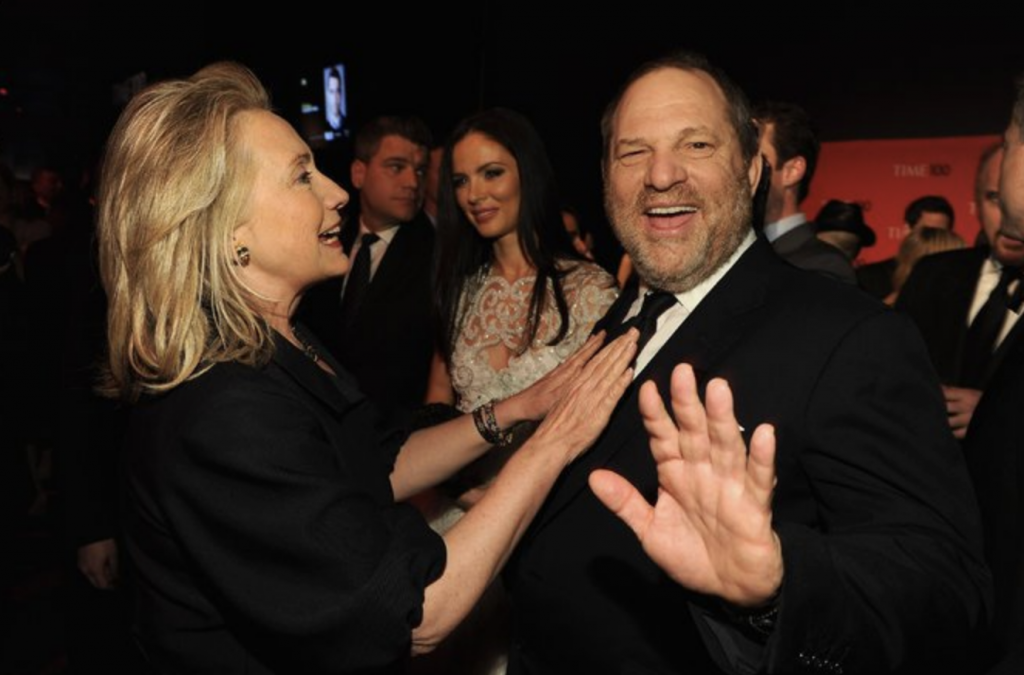 Hillary Clinton put her two-cents into the equation as she added to the bewildering week of silence about the disgraced sexual predator Harvey Weinstein. She started by trying to criticize him during a recent interview and then immediately switching the spotlight directly to President Trump.

Damaging audio of Weinstein attempting to seduce a young girl has been made public. Weinstein’s wife left him, and the biggest names in Hollywood are finally speaking up against him.

Clinton, who was the recipient of a great deal of Weinstein political donations, remained deafeningly silent on the allegations for five days. Ultimately, Clinton released a statement on her long-time campaign donor.

Clinton was finally asked on camera about the incident in a recent interview with BBC. Clinton initially seemed to condemn Weinstein before swinging directly at President Donald Trump:

“This kind of behavior cannot be tolerated anywhere, whether it’s in entertainment, politics. After all, we have someone admitting to being a sexual assaulter in the Oval Office.”

The interviewer immediately noted that Hillary’s husband, Bill, was accused of sexual assault as president. Clinton’s double standards on the issue became clear in her answer:

“That had all been litigated. That was the subject of a huge investigation in the late 90s and there were conclusions drawn. That was clearly in the past.”

The “in the past” must ring hollow for many of Bill Clinton’s still-seething victims, who were a prominent part of the 2016 campaign.

You can watch part of Clinton’s interview below, via BBC.