Laura Ingraham is a proud American and cares deeply about the future of our county, and that is why she calls it out exactly how she sees it on her new show “The Ingraham Angle.”

Ingraham kicked off her show with a powerful message about what America means to her and to other Americans.

“Most of us, I think, want three things: prosperity, safety, liberty,” Ingraham said. “And that includes preserving our history.”

With her compelling and energetic monologue, she convinced the people that America was founded on the love of God, and it is the very core of who we are as a nation.

As most can agree, she laid the truth out on the front line. 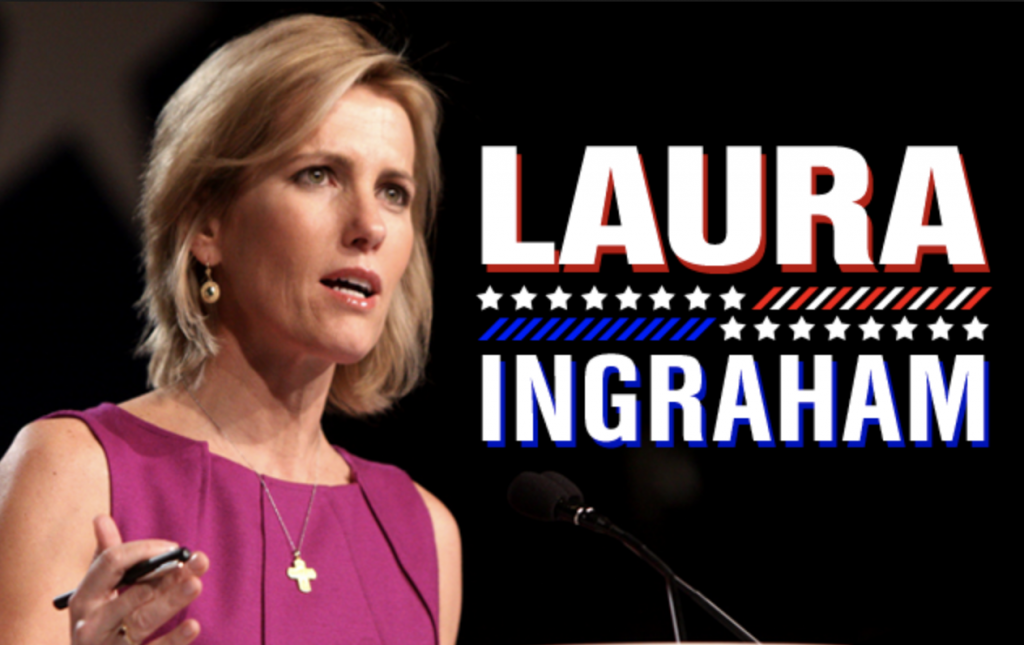 She said the American people saw that many of their leaders were not prioritizing those same values, and that’s why they elected President Donald Trump to the White House.

Fox News launched its new primetime lineup this week — and it’s already clear they have a new star.

That star is Laura Ingraham.

A familiar name to most Fox News viewers, Ingraham made waves on conservative radio for her fierce nationalism and support of Donald Trump.

If her first show is any indication, she’s not toning down the rhetoric now that she’s on cable news. She’s as loyal to Trump as ever — and even more committed to middle America.

During a segment titled The Angle, Ingraham laid out her plans for her new 10 o’clock show. Apparently, those plans don’t include cozying up to her new cable news cohorts.

“What [the left are] really resisting is losing power,” Ingraham explained. “The people took their power back on election day and the establishment is mad as hell.”

Now, she’s here to take away their power on TV — because it’s clear she’s going to be KILLING IT in the ratings.

The establishment have used their power in media to undermine Trump’s success in the White House, but Ingraham made it VERY CLEAR she intends to put the president’s winning record on full display every weeknight at 10pm.

We need to make her new show a success!