These supermodels do not back out from the illegal activity, even after being pointed out that they’re in the wrong.

Kendall Jenner, 26, and Hailey Bieber, 25, have made a bad habit of parking their expensive cars in handicap spots at Pilates, out of sheer convenience, and it’s sparked outrage.

With this, TMZ started tracking some strange behavior on the part of Jenner and Bieber. Every time they go to their hot Pilates class, they park in the same handicapped spaces. The pair has been criticized and informed that the practice is illegal, but they persist.

It is reported that the owner of their Pilates studio asked the two to park in the handicapped parking space as they attract a lot of paparazzi attention. However, it is argued that the car park is co-owned by many other companies in the area.

“We’ve seen them do this repeatedly over the past few weeks, but they continue to park there,” TMZ says.

The outlet added: “We were also told that most days their security teams will move the cars after Kendall and Hailey come to class – and bring them after them. If the cars aren’t being moved, security is on hand and can get them out of the way if necessary.” 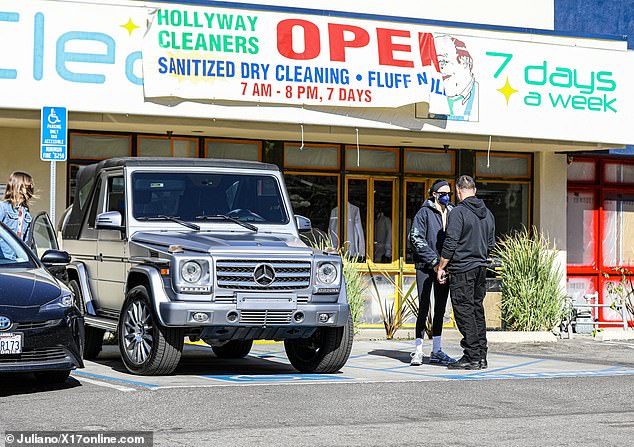 On Thursday, a social media user ousted Jenner when she parked her luxury grey Mercedes SUV in a parking spot designated for people with handicap placards. Nevertheless, Jenner does not seem dismayed by the rules because she and Bieber have been seen parking in the handicap spots multiple times over the last few weeks.

Bieber didn’t even bother using a parking spot during her recent visit to Pilates. She parked on the blue lines marking the reserved space that a handicapped person would need to safely get out of their designated parking spot. People on social media let the celebrities know why it is important to keep those reserved spots open for people who might need them.

With this, people on social media are outraged by this display of privilege and believe that Jenner and Bieber should find regular parking spots just like everyone else – they don’t deserve special treatment simply because they have millions of followers on Instagram and other social media channels. 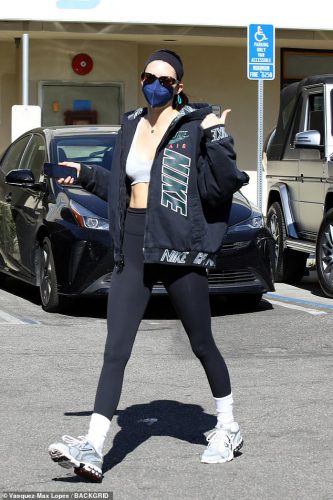 Another added: “If you’ve ever tried to juggle a walker, oxygen, & anything else you might need, you’d understand why handicapped spots are so necessary. #ScumbagPrincess”

One person who posts content via their handle HonestoAbe criticized the intelligence of the famous supermodels. 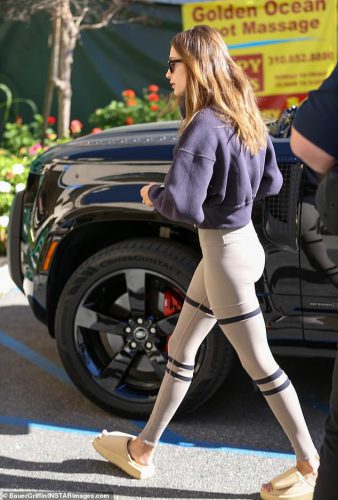 “Kendall Jenner and Hailey Bieber constantly parking in handicap reserved spots. Can we blame them? They can barely read, and I highly doubt they know about signs, which leads me to think about the way they got their driver’s licenses.”

While this person’s views were harsh, they were not alone in holding them. Other people used social media to call Bieber and Jenner “entitled” and “disrespectful” for illegally parking in handicap spots.

GiglioSuzanne penned: “Kendall Jenner –  Parking in a handicapped spot without being disabled is plain wrong. Take Uber if you have to or park in a regular spot. Regardless of who tells you it’s okay, it’s not. I wonder how many handicapped people drove away due to no spots being available. Do the right thing.”

Another person chimed in, writing: “Kendall Jenner, as a disabled person, this is NOT okay.”