The NFL has created mass controversy across the country and is in boiling hot water after they allowed the players to kneel during the playing of the national anthem.

Fans in every state are boycotting this season and turning off their televisions all together.

The fans watching feel they should not have to see professional athletes in America disrespect our military and veterans. 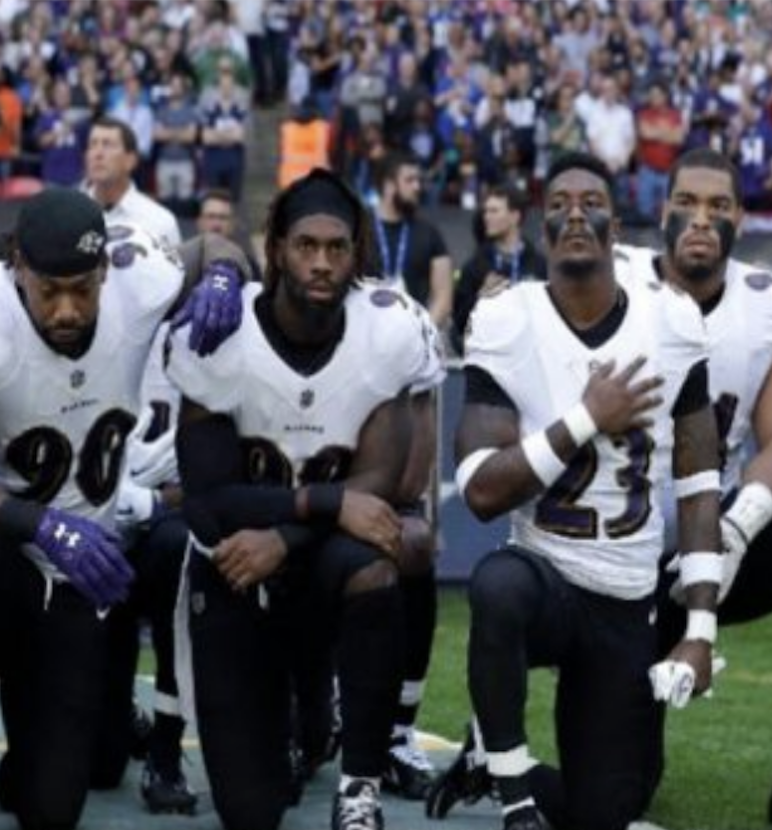 With all the negativity that has grown, the NFL remains strong in it decision to let the players do what they want. But things might start changing, as one of their biggest sponsors just asked all the fans to do something huge.

The NFL’s largest sponsor’s is Anheuser Busch, and they want to know how fans really feel about the protests taking place. The company has reacted to the protests by opening up a hotline for consumers dedicated to the sport where they can call and give customer feedback.

I bet everyone in the NFL is shaking in their boots knowing they are going to get the truth from their fans.

According to freedomdaily, if Anheuser Busch decides to pull its advertisements because of customer outrage, it could spell devastating consequences for the already floundering league.

When customers call, 1-800-342-5283 they are greeted with a recorded message that gives them the option to voice their opinions about the protests.

“If you are calling with questions or comments about Anheuser-Busch’s sponsorship of the NFL, press one,” the recorded voice says.

“At Anheuser-Busch, we have a long heritage of supporting the nation’s armed forces, veterans and military dependents,” the voice says. “The National Anthem is a point of pride for our company and for the 1,100 veterans that we employ. Please feel free to share your feedback after the tone.”

The hotline was a huge success as millions of Americans called the beer company to voice their opinions. So many people called on Friday when the hotline was opened that the company had to shut it down since it was flooded with phone calls.

Here is more from Fox 2 Now:

Anheuser Busch’s consumer help line temporarily went down Friday afternoon. A company representative says there was a high volume of calls from a social media campaign. There was a temporary disruption in service to 1-800-DIAL-BUD.

A post to the “RockIt News” Facebook page has generated several hundred likes and shares. It is one of many Facebook posts that recently feature a request for activists to call the consumer helpline. The RockItNews post says, “Should Budweiser keep sponsoring the NFL? Let them know how you feel! Call 1-800-DIAL BUD (342-5283) and press 1 for their stand on the NFL and then leave a message. Takes less than a minute.”

Anheuser Busch added the “1” option Monday after controversy over NFL players taking a knee during the National Anthem. They also released this statement, “These are complex issues that require in-depth discussions and nuanced debate. What I can say is that at Anheuser-Busch we have a long heritage of supporting the institutions and values that have made America so strong. That includes our armed forces and the national anthem as well as diversity, equality, and freedom of speech. We proudly employ over 1,100 military veterans and we work every day to create an inclusive environment for all of our employees. Because only together can we achieve our dream of bringing people together for a better world.”

Americans are sharply divided over whether NFL players taking a knee during the National Anthem are doing the right thing to express their views, but a majority agree that President Donald Trump did the wrong thing by criticizing their actions, according to a new CNN poll conducted by SSRS.

Overall, 49% say the protesting players are doing the wrong thing to express their political opinion when they kneel during the National Anthem, while 43% say it’s the right thing. Those views are sharply divided by race, partisanship, and age.

Among whites, 59% say the players are doing the wrong thing while 82% of blacks say it’s the right thing to do. Almost 9 in 10 Republicans say it’s the wrong thing (87%) while just about three-quarters of Democrats say the opposite (72%). And most younger Americans call it the right thing (56% among those under age 45) while a majority of older Americans say it’s wrong (59% among those age 45 or older).

Not only was the hotline flooded with phone calls, but social media was set on fire as millions of people ripped into Anheuser Busch for not taking a tougher stand against the protests.

Hey @budlight @Budweiser ~I’ll never buy another beer from you or your parent company while you support @NFL
America’s Beer my Patriotic A55 pic.twitter.com/4VluhKZPgy

Complain to Anheuser-Busch about their sponsorship of the NFL, which refuses to stand for our Anthem:

Budweiser is considering pulling their advertising with the NFL and want your opinion. Call 800 342 5283, and press 1. This IS legit!

The NFL protests have backfired, and the league is now scrambling to spin this in a positive light. The NFL cannot afford to lose Anheuser Busch after already losing other one primary sponsor following the disgusting antics of these football players.

The Chattanoogan reported Hardwick Clothing, America’s oldest suit maker, is one of the companies that has pulled their advertisements during NFL games. The company’s CEO, Cleveland businessman Allan Jones, blasted the League’s “unpatriotic behavior” and instructed his advertising firm to pull all ads from his company during NFL games.

“Effective immediately, please remove all commercials for Check into Cash, Buy Here Pay Here the USA, or U.S. Money Shops from airing during NFL games this entire season,”  Jones, who is also the CEO of the payday lending chain Check Into Cash, said Tuesday in a statement. “Our companies will not condone in any form the unpatriotic behavior demonstrated by the NFL.”

The American people have spoken out against these protests, and it would be wise for the NFL to listen up. If the American people decide to boycott Anheuser Busch as well that could mean the end of the season. Hopefully, NFL commissioner Roger Goodell is listening and will put a stop to these protests once and for all or they will all be out of a job.