This may come as a HUGE surprise to many Americans. George Soros is now funding both sides to ATTACK Trump. 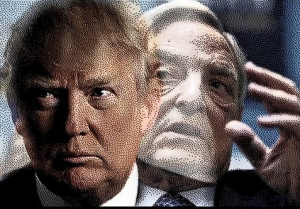 Have a look! This in BAD…

We always knew that there were RINOS in Washington, but Opensecrets.org just revealed that some of those RINOS are actually traitors.

“The non-profit, non-partisan research group based in Washington, D.C., that tracks the effects of money and lobbying on elections and public policy, revealed that while George Soros is responsible for funding Democrats and progressive causes, he has also bankrolled Senator John McCain and a small but select group of other Republicans.

Unsurprisingly, all of the names revealed to receive funding from George Soros have a track record of opposition to President Trump.”

The GOP recipients of the Soros Fund Managment are:

A list of all recipients can be found HERE.

John McCain has been especially critical of Trump, even blasting him today for his stern phone call with the Australian Prime Minister. McCain and Graham also attacked Trump for implementing an immigration ban.

“We fear this executive order will become a self-inflicted wound in the fight against terrorism,” McCain and Graham said in a joint statement, adding that Trump’s executive order “may do more to help terrorist recruitment than improve our security.”

It seems that every move Trump makes, the same characters are quick to delegitimize the president. Now it all makes sense.