In addition to battling it out with the NFL, President Trump has taken the harsh criticism from the left in response to the hurricane disasters in Puerto Rico.

The Mayor of San Juan, Yulin Cruz, has had a list of seemingly endless accusations about the lack of help to Puerto Rico.. But the problem is: she has no idea what is really being done, simply because she does not care.

Trump promises he has put his best efforts into helping the American people in Puerto Rico, and is tired of Cruz wanting everything done for her.

Cruz’s accusations toward the POTUS are extreme, and the hate she is spewing makes much of the nation believe she has teamed up with left-wing extremists in the fight against our President.

She repeatedly pushes to the media that President Trump has not supplied enough federal aid and supplies to the island.

Cruz has even gone so far into her loop of nonsense as to put on a “Help us, we are dying” shirt during an interview with CNN.

PERHAPS SHE SHOULD ACTUALLY DO SOMETHING WITH THE MASSIVE AMOUNT OF SUPPLIES BEING SENT!

Cruz admitted that she has yet to visit FEMA’s joint field office. 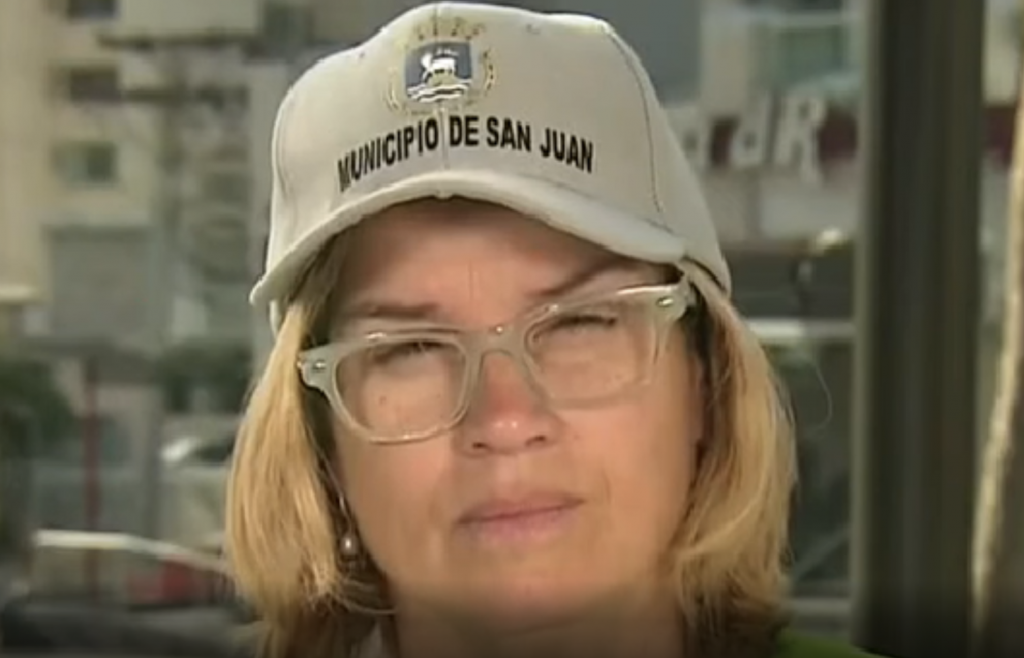 Puerto Rico’s governor, Ricardo Rosello, told the ladies on “The View” last Wednesday that the logistical problems are not the fault of the president, who has been in contact with him almost daily — and that federal help has been present on the island since day one.

And now the mayor of Guaynabo, Angel Perez, has told The Daily Caller that if Cruz is unaware of certain federal relief efforts, there is a very good reason for that:

“My experience is different. I have been participating in different meetings at the headquarters of FEMA and our government and the help is coming in and right now my experience is different from hers. I’m receiving help from the government, we are receiving assistance from FEMA, I got people over here helping us with applications for the people that have damage in their houses. And we have here in Guaynabo, we have thousands of people that lost partially or totally their houses,” said Perez, who is a member of Puerto Rico’s New Progressive Party.

Perez’s comments echoed what FEMA administrator Brock Long said on Saturday. Long defended Trump’s tweets blasting Cruz and indicated that Cruz has failed to connect with the FEMA command center set up on the island to help with the relief effort.

When asked about Cruz’s “genocide” statement, Perez said, “I don’t know why she is saying that. What I can tell you is my experience. She is not participating in any meetings and we had a couple already with the governors and with representation of FEMA and of HUD, of these whole federal agencies that have given us help and she’s not participating in those meetings and some mayors from her political party have been participating, so I don’t know why she is saying that. My experience is very different.”

Even Cruz herself, when confronted, let it slip on live television that she was not exactly up to speed on relief efforts.