All of the confirmation hearing’s seemed to be smear campaign’s for Ben Carson, Mike Pompeo and Gen. James “Mad Dog” Mattis. Mad Dog wasn’t phased when Kirsten Gillibrand implied that he was sexist, he handled it like a pro. Keep scrolling to see his response… 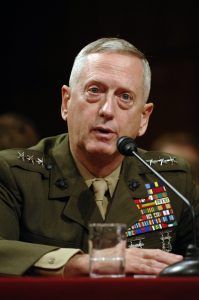 During these hearings, the only thing Democrats really do is try to smear Republicans for being racist and/or sexist.

What else is new?

Kirsten Gillibrand, a liberal senator from New York, tried to imply that Mattis was a sexist by asking him about women in the military.

Didn’t phase him one bit.

Gen. Mattis says he doesn’t have “pre-formed agenda” when asked if he will roll back opening infantry positions to women

In response to @SenGillibrand, #Mattis says "I have no plan to oppose women in any aspect of our military."

#Mattis: In 2003 I had hundreds of Marines who happened to be women serving in my [division] & I put them right into the front lines.

#Mattis @SenGillibrand has her long knife out. She plans to vote against the waiver. Yet he answers as a gentleman.

In addition to trying to make him out to be a sexist, they went the homophobic route as well.

#Mattis on whether he opposes members of LGBTQ community from serving in the military: pic.twitter.com/dECsmKw5MH