President Trump has had enough of Hillary’s BS and has issued a direct request from the FBI that has her shacking in her boots. 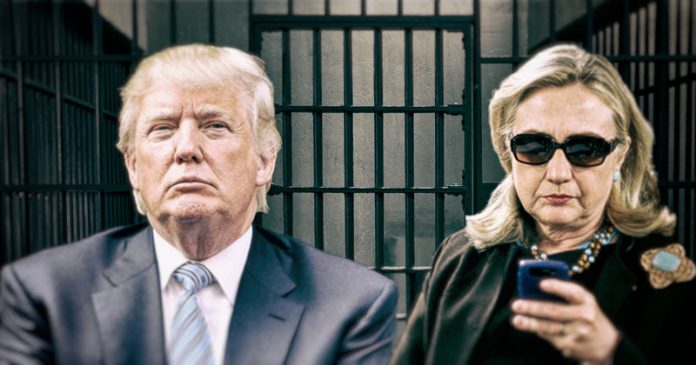 Hillary’s corruption has gone on long enough and despite multiple allegations backed with actual evidence she still remains unscathed. That’s completely unacceptable and it’s about time that the FBI do their job and arrest this woman for her crimes. This is the exact sentiment that Donald Trump expressed while being interviewed by Larry O’Connor stating that the FBI is ‘hopefully’ doing something seeing as the President isn’t allowed to personally arrest her otherwise that woman would have been locked up back in January.

During an interview with Larry O’Connor on WMAL, Trump claimed to be “very unhappy” with the FBI’s progress on investigating Clinton after it was revealed that her campaign funded Fusion GPS’ Russian dossier. Trump also reiterated that the information contained in the dossier was totally “fake.”

“Hopefully [the FBI] are doing something,” Trump said about an investigation into Clinton’s involvement. “At some point maybe we’re all going to have it out.”

Government officials whose job it is to deliver legal justice seem to be falling down on the job when it comes to investigating and sentencing the most corrupt politician in American history. With President Trump in office something might actually be done this time!