America is not calling in sick! We have uniting internet technology, which puts the entire world at our fingertips. We may be under social-distancing restrictions but that’s not enough to grind our entire nation to to a standstill. Patriotic Americans are doing the best they can with what they have and staying on the job.

Uniting the nation by working from home

Enough people are uniting to do the crucial parts of their jobs on the internet for it to soften the overall economic blow. Not only that, every person who works virtually creates elbow room in the office and on public transit networks. That alone will significantly reduce the risk to those who absolutely must interact with people.

President Donald Trump’s administration is working on economic relief packages but they will only go so far. One of the things that makes America so great is the creative resourcefulness we show whenever there’s a challenge to be met. According to Dr. Anthony Fauci from the National Institutes of Health, it’s “definitely going to get worse before it gets better.”

Telecommuting allows relief efforts to concentrate on the industries that rely on face-to-face interaction, like travel. The hospitality industries of restaurants, hotels and so forth which rely on travel will obviously need a lot of help. 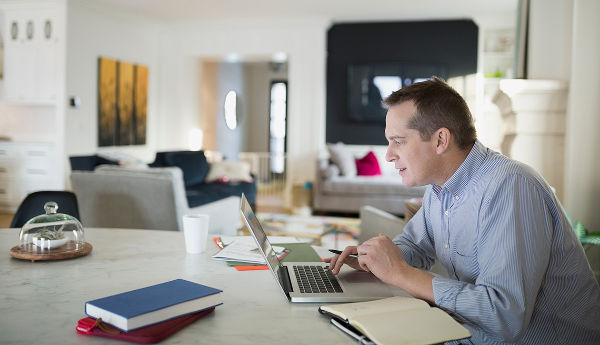 The media portrays a ‘zombie apocalypse’

Panic inciting news reports caused Wall Street to implode into a smoking crater. Toilet paper and bootleg hand sanitizer are being sold on the black market because the store shelves were all picked clean. Any event that draws a crowd is canceled. Even though the airlines haven’t grounded all the flights, nobody is flying. There are reports of passengerless “ghost planes” still making the regular rounds.

Now that every household in the United States has a year’s supply of toilet paper, they can calmly consider that the worst of this crisis should be over in about two more months and we can start getting back to the circus this country considers “normal.” Until then, everybody needs to face the reality that we’re stuck with this mess whether we like it or not.

The good news is that if you’re young and healthy, there’s really nothing to worry about. The problem is that nearly half the nation is old and vulnerable. Those folks are terrified. The best thing you can do is help them to protect themselves. “We’re all sort of waking up to this new reality.” Ohio Department of Health Director Dr. Amy Acton admits.

This is not the middle ages

Back when the Bubonic Plague or the Spanish Flu were going around, they didn’t have the internet. Today, a lot of the things that get done in face to face meetings can be done just as easily on the phone or online. Freelancers have been doing it for years so there are a huge amount of tools and resources, many of them totally free to use which make telecommuting an attractive alternative to working in an office.

These are only a few of the staff uniting tools available to those scrambling to find workaround solutions, Skype is a great teleconferencing alternative, Google provides collaboration tools through G-Drive with the ability for many people to edit a single document in real time, including spread sheets. They can chat with each other on the same page while they do it too. Slack is a great way to set up a free private instant message system for small companies. It’s powerful for communications and allows file sharing. 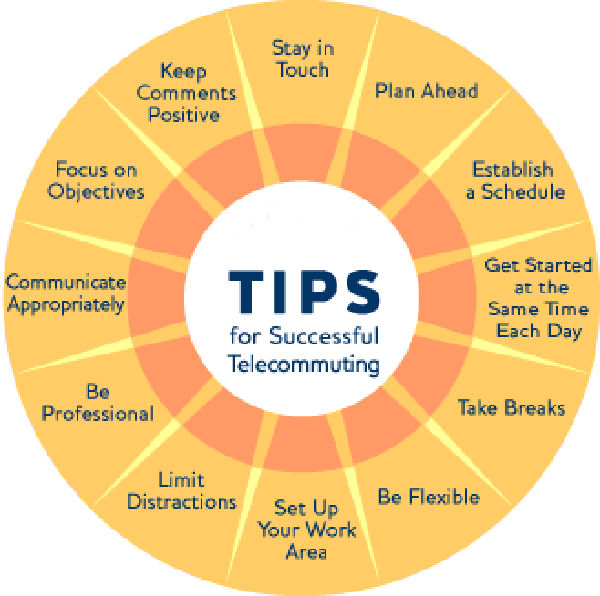 All three campaigns ask staff to work from home

On Thursday evening, President Trump’s campaign told staff to set up an office at home while their office gets deep cleaned. As Politico reports, the Republican Party had a “National Week of Training” scheduled for next week. They are uniting virtually instead. “While some of those gatherings were initially to be in person, they are now slated to be held online and over the phone. The committee is also planning an upcoming online training day for volunteers.”

Joe Biden’s Philadelphia crew were told in an all-staff memo to “work from home starting Saturday,” put out by campaign manager Jen O’Malley Dillon. They will helpfully provide guidance on “tele-work processes and operations.” Some of those workers are in the field now. Quid Pro Joe will graciously pick up the tab to “facilitate the staff’s travel home.”

The radical socialists working for Bernie Sanders will be doing it from their parent’s basements until further notice. Communications director Mike Casca sent them a note advising, “In light of concerns about coronavirus and out of an abundance of caution for our staff, volunteers and supporters, the Sanders campaign has asked all staff to work from home.” They can forget about the “large events or door-to-door canvasses” for a while and should concentrate on social media. “moving to digital formats and outreach wherever possible.”