The Las Vegas Shooting has brought about many opinions and while most are empathetic to the victims in the horrific massacre, a few deranged libtards are more concerned about the animals that ’59 dead meat eaters’ will save by no longer being around. 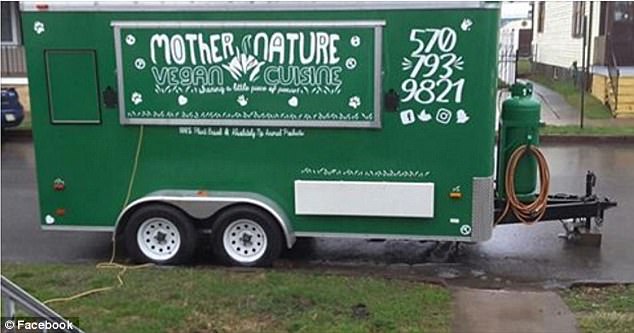 These are the sentiments of Delinda Jensen, the 60-year-old vegan food truck owner from Pennsylvania who took to social media on October 2, 2017 to ‘celebrate’ the safety of several animals who will be spared from being eaten by all the meat eaters who were murdered in Las Vegas. Jensen went even further by expressing to not ‘give a f*** about carnists,’ even if that’s true how completely callous to say so so shortly after the largest mass shooting in US history occurred.

The Mother Nature Vegan Cuisine food truck is now out of business after the owner, Delinda Jensen, 60, drew massive criticism for posting an October 2 message to Facebook reading, “Yes I am jaded. Fifty nine meat eaters dead. How many animals will live because of this?”

As people began scolding her on the post, she jumped back in to reply, “I don’t give a (expletive) about carnists anymore,” the Wilkes-Barre Times Leader reported.

The business owner’s post started going viral, forcing her to try to clean up the mess. Jensen told the paper that she apologized and did not celebrate the murders in Vegas.

“Meat eaters or not, no one deserves to die like that,” Jensen exclaimed. “I wasn’t celebrating the death of those people. That’s not how vegans think — we are non-violent.”

The former food truck owner ultimately said that she is now scared to go outside, despite her apology for the posting, because so many people attacked her for her post celebrating the murder of “meat eaters.”

After the continued rebuke from Facebook visitors, Jensen put an end to her food truck business, put her bright green vehicle into a secret storage facility to shield it from irate customers, and then deleted her social media accounts. She also installed security cameras at her home.

For a ‘peaceful’ and ‘non-violent’ vegan to drop f-bombs in every other sentence while regarding violent murder as a positive in correlation with the animals who were saved  leaves one having no care for whatever backlash she is now receiving. Treat other the way you want to be treated seems like a good sentiment for a so-called ‘vegan.’