No matter your political beliefs, respect for our veterans should be an absolute must.

Men and woman have fought for America and have lost friends and family so we could continue to live in freedom.

But recently a veteran has been severely punished after leaving a high school game where players decided to take a knee for the anthem.

Jim Saddler, 67, is an Air Force veteran who worked as a presidential flight attendant serving for Ronald Reagan on Air Force One. The veteran now works as a referee for a high school and an usher at Indiana Pacers games. 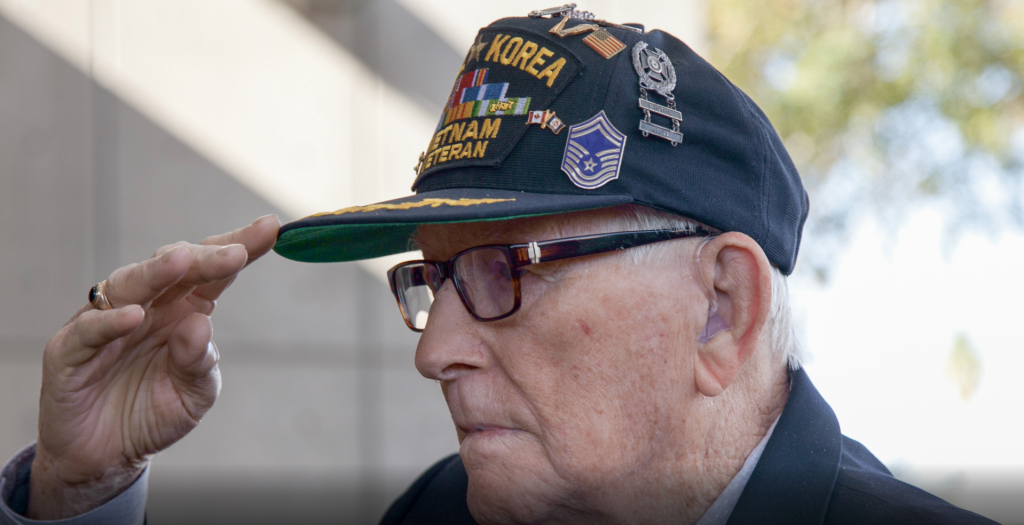 On October 9, Mr. Saddler was scheduled to referee a North Central High School game. While the national anthem was playing he saw some of the fans sitting in the bleachers. Of course it pissed him off to no avail, however, he brushed it off and moved on with the game.

Then, however, Jim Saddler saw a player who took a knee during the anthem and was too disgusted to just stand there. Saddler left the school and put down his referee flag on the table and told the coach he was gone because he didn’t want to work at a game where America was disrespected. He left $20 to cover his salary he would have been paid for the referee work.

Soon after Saddler found out he’d been suspended by the Indiana High School Athletic Association (IHSAA) for over one year! He is furious and he doesn’t understand why he’s the one in trouble here, but also has said sorry he let his disappointment at the kneeling get the better of him.

“In the Air Force, you have a duty, and you do it. The same with sporting events. I guess I went AWOL. I feel bad about it,” Saddler said, but explaining that “What they did just upset me so badly that I just could not stay there.”

Seeing a player kneel just really got his goat.

“I know it’s her constitutional right to do what she wants to do. And it wasn’t fair to the other girls who were standing and respecting the flag. After I thought about it, you know, sometimes it takes you a little time to sit down and think about stuff and what you did. And after I thought about it, I would never ever do that again,” Saddler said. “I would never break a contract.”

Saddler apologized to IHSAA after finding out he was suspended, but was told there’s no chance of coming back before the suspension is up.

“I don’t think the IHSAA (cared) about what I said or what I did or that I said I wouldn’t do it again. Here I am a retired veteran, you have to see my point of view of what I did. Right?” he asked.

The North Central athletic director, Paul Loggan, said Saddler is a good worker who hasn’t had previous problems, but he’s not going to change the suspension.

What do you think of this story? Isn’t it an outrage?