President Trump and his team are secretly discussing the idea of replacing Attorney General Jeff Sessions, and some confidents are possible prospects who could fill the spot.

Many White House members and officials have continued to bring up questions among one another in wonder what the president will decide with the attorney general.

Some believe that the reason Trump is planning on replacing Sessions is part of a larger strategy to expose of Special Counsel Robert Mueller and finish his investigation into Trump and Kremlin. 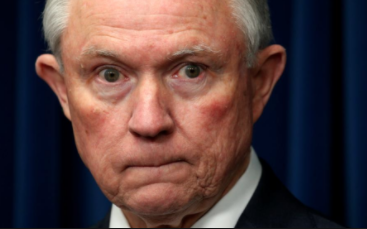 Throwing tweet punches toward Jeff Sessions is starting to become a regular thing for President Trump, and the face to face standoffs between the two shows no signs of diminishing anytime soon.

Trump, who remains disappointed with Sessions according to his tweets, seems to be getting frustrated with the fact that he can not rescue himself from the Russia investigation, but instead wants to continue focusing on running the Justice Department.

It doesn’t look like it will be long until Trump finds his gold star replacement.

The news came soon after Trump’s latest broadside at the “beleaguered” head of his Justice Department.

“So why aren’t the Committees and investigators, and of course our beleaguered A.G., looking into Crooked Hillary’s crimes & Russia relations?” Trump tweeted on Monday morning.

Trump’s views on his attorney general have soured in the months since Sessions decided it was best to recuse himself from any investigations involving the Trump campaign, which he was closely associated with. That includes all of the Russia-related investigations, which special counsel Robert Mueller is overseeing.

In an interview last week with The New York Times, Trump said he wouldn’t have hired Sessions if he knew he’d recuse himself from the Russia investigation.

“So Jeff Sessions takes the job, gets into the job, recuses himself,” Trump said. “I then have — which, frankly, I think is very unfair to the president. How do you take a job and then recuse yourself? If he would have recused himself from the job, I would have said, ‘Thanks, Jeff, but I can’t, you know, I’m not going to take you.’ It’s extremely unfair, and that’s a mild word, to the president. So he recuses himself. I then end up with a second man, who’s a deputy.”

When Trump was first selecting his top cabinet officials after winning the November election, Giuliani insisted on being named the secretary of state. He reportedly was not interested in other top posts, including the attorney general.