We know Police officers encounter some incredible challenges every day, but a West Virginia sergeant had to take on an entirely different role.

St Albans police Sergeant Philip Bass was part of a group of officers who responded to a shoplifting call Monday morning at a local Kroger grocery store.

Sergeant Bass assumed it would be just another routine response. But when he heard the noises coming from the restroom stall, he immediately went inside and was completely shocked when he found a crazy scene in the women’s bathroom of a Kroger store.

Alone in the bathroom with a 14-month-old baby was 39-year-old Donnyell Harrison, who was supposed to be babysitting the little girl, but she had other pressing matters to attend to instead. She was trying to hide illicit drugs from the police. 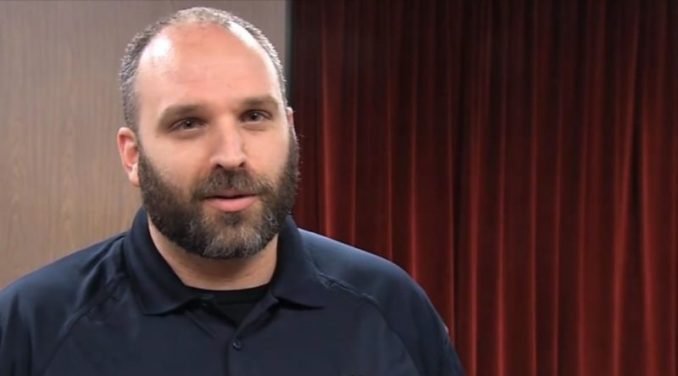 “One of the employees came out and said ‘Hey we’ve got a problem inside. We have a lady, she’s been in the bathroom about 20 minutes, she has a baby with her, she could hear her screaming at the baby.” 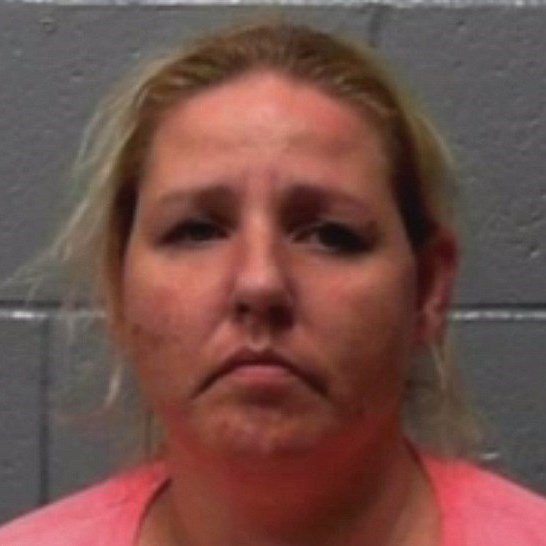 His colleague Captain James Agee, who was also at the scene, said there were ‘obvious signs of drugs’ including ‘a lot of pills visible’, the broadcaster reported.

Police say Harrison had been caring for the child while her mother is in prison, though it is not known whether she is a family relation.

She was arrested for possession with intent to distribute after the incident, according to police.

Seargent Phillip Bass was disgusted when he saw the baby drinking soda instead of formula. When he asked why the infant didn’t have any real food, Donnyell Harrison claimed that she didn’t have anything else to give the hungry baby. However, he didn’t buy that excuse, especially since they were in a grocery store.

The Journal-News also reported the incident:

Harrison was arrested for drug possession with the intent to distribute and now joins the baby’s mom in the South Central Regional Jail. The baby girl’s mom was already incarcerated for reasons not indicated, which is why her child was in Harrison’s care. Now, with nobody to watch after the baby and Child Protective Services not being readily available, Seargent Phillip Bass stepped up to the plate to take care of this child as one of his own. He left the restroom with the baby cradled in his arms. 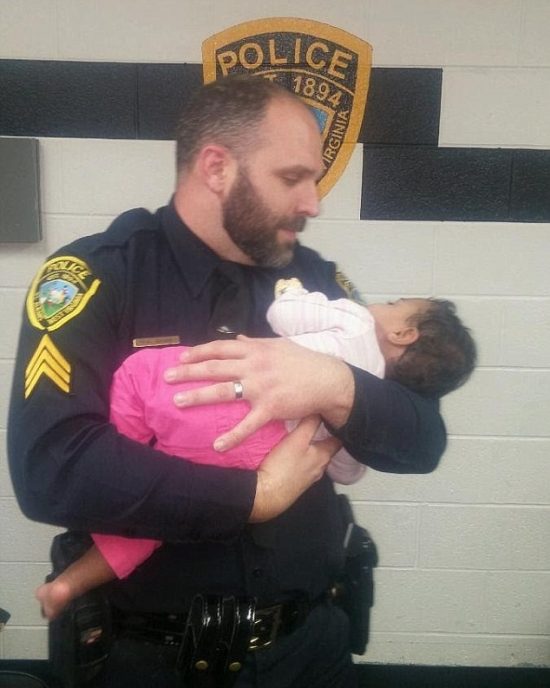 CPS couldn’t take the child until later the next day, so Seargent Bass stayed up all night comforting, rocking, and feeding this abandoned little girl, who had lived a hard first year of her life. With the help of other caring cops at the department, the team all pitched in to buy the baby what she needed, including a few toys, diapers, and food.

What Seargent Bass and the other cops at the St. Albans Police Department did for that child, in one night, was probably more than this little girl has ever received in her whole 14-months of living. Her mother didn’t care enough for her to put her child’s needs before her crimes, and then, she tossed her off into the care of a drugged-out degenerate. Officer Bass saw her needs as a father and a cop, and he did what needed to be done and then some.