When a pregnant North Carolina woman snapped a picture of her baby bump and posted it online, police quickly arrived at her door and arrested her.

Natasha Kirkland posted a photo that she claims to be a picture that would debunk her so-called haters.

Well, she had been followed by her so-called haters because of her previous run-ins with the law, previously she was arrested at least 10 times in the three years which were known as larceny of a motor vehicle, breaking, driving with a revoked license, probation violation, and numerous instances of failure to appear, according to North Carolina court records.

Natasha Belle Kirkland, 33, of Bryson City was arrested for one felony count each of trafficking opium/heroin by transportation, trafficking opium/heroin by possession, possession with intent to sell and deliver, maintaining a vehicle/dwelling/place for distribution of a controlled substance, possessing a controlled substance on jail or prison premises and misdemeanor possession of drug paraphernalia. 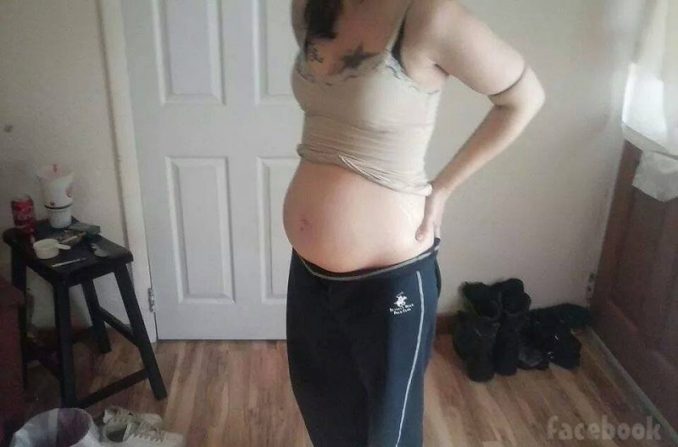 And now, she was again arrested because of a single photo she recklessly posted on her Facebook account that if you look, it may just be a simple picture of her belly bump but you can see her drug materials on the background and an elastic tourniquet or “tie-off” on her upper arm, which intravenous drug users use to make their veins bulge so they can be more easily found and injected. In other words, it was an obvious indication that Natasha had just been or was about to shoot up. 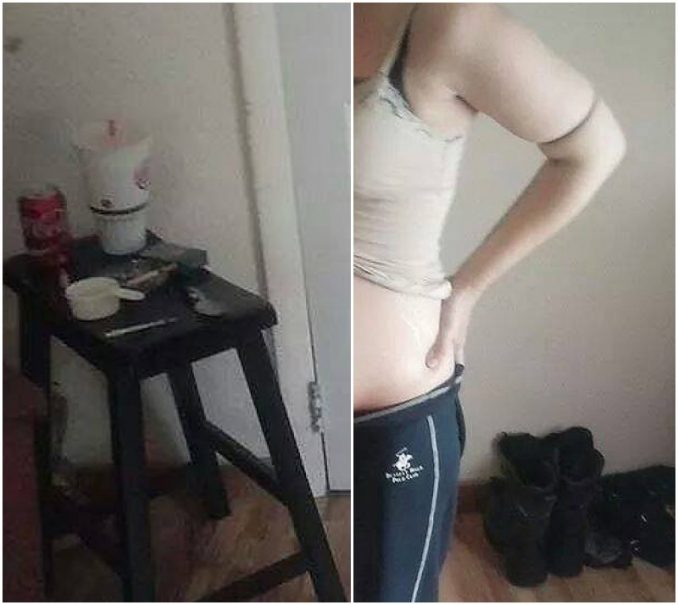 She is endangering her baby because she was doing drugs.

The public was shocked that it doesn’t seem like she was facing any child endangerment charges.

After she was arrested, Natosha logged onto Facebook and claimed her page was hacked. She shared this update about a month after she was taken in by police…

“My Facebook was hacked I have not been able to get on here since the ninth of Feb … the pic was taken a year ago and have was not pregnant I just got my kids taken at the time pic was taking I lost my mind and yes I did my drugs … I have been clean and I intend to stay that way … so for everyone to know I am 20 weeks and five days pregnant today I do not do drugs and that pic has ruin my life but I’m not letting it drag me down or hold me back from doing right and living a clean and sober life for me and my baby girl and of course my other three babies I have … so please for the sake of ur self and my self stop talking about me …..”

Do you think this mom should have been arrested? Or do you believe her Facebook page was hacked as she claims?