“Today it is the view of many that the Supreme Court is the giver of liberties — what an odd conception of governance that We the People are dependent on the third branch of government to grant us our freedom.”

“With such unchecked judicial power, the court day-by-day, case-by-case, is busy designing the Constitution — as Justice Scalia once quipped — instead of interpreting it,” 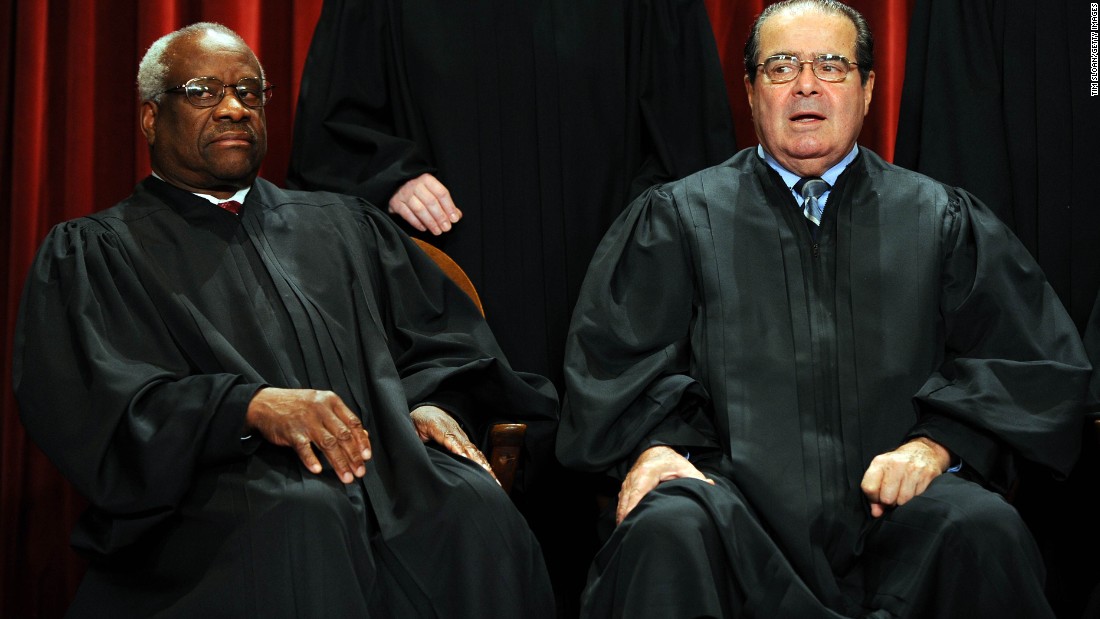 Thomas implored judges to make the government conform to the constitution as the founders intended saying,

“Whether we in this room tonight ultimately win or lose the effort to reclaim the forms of government that the Framers intended, it is our duty to stand firm in the defense of the Constitutional principles and structure that secure our liberty.

Like Justice Scalia, we must do what the Constitution obliges us to do. It is now for us, the living, to be dedicated to the unfinished business for which Justice Scalia gave his last full measure of devotion.”

“Any time there’s a major shift in the power of government, it’s an enormous opportunity for what is probably the collection of the smartest, most talented and most publicly minded lawyers in the country to roll up their sleeves and help advance the cause of constitutional government,”