NFL controversy has liberal players standing against conservative fans and neither seems to be willing to back down. 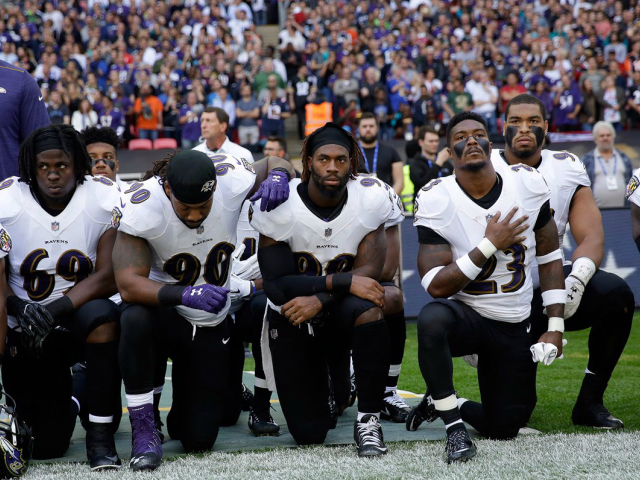 Originally, NFL players beginning to kneel was in support of ‘oppressed’ minority’s and the claim of police brutality. However recent discoveries gives a different reasoning the limelight. After fans expressed displeasure and started tuning out, discussion of financial turmoil began. Yet players continued with their protests regardless of financial threat, as well as the fact that owners and coaches also seem to be in support regardless of their skin color and threat of income cuts.

George Soros is the answer.

Apparently Billionaire and extreme liberal, George Soros, has been personally funding the NFL union to continue disruption in the name of politics.

In tax documents recently released by 2ndVote, a conservative watchdog group, we learn that the NFL Players Association (NFLPA) made a donation of $5,000 in 2015 to the Center for Community Change Action, a George Soros funded and adamantly anti-Trump organization.

In 2013 and 2015, the NFLPA also contributed to the AFL-CIO’s community affiliate, Working America. This group, according to Open Secrets, contributed $1 million to defeat President Trump during the 2016 election. However, the group’s anti-Trump activities were not limited to the election. According to the Washington Times, “Working America has since mobilized against the Republican tax-cut framework, denouncing it as the “Trump tax scam.”

Also on the list of donations, is the Center for Community Change. This benign sounding organization listed Planned Parenthood as a donor on its 2015 annual report. This wouldn’t be the first time an NFL entity has mingled with abortionists, or those with ties to them. The NFL’s partnership with the Susan G. Komen Foundation, who also donated to Planned Parenthood, has been well-documented.

No wonder the NFL controversy has continued despite the clear call for the removal of politics from the football field as well as the major drop in viewer ratings which will ultimately bankrupt the organization. They have a second backer who has a MAJOR political agenda.