A daycare worker in Olathe, Kansas has been exposed as a violent abuser. After getting accused of a heinous crime against a four-month-old infant, the worker, who operates a daycare facility in Johnson County, was found guilty. She had severely injured the infant while he was in her care at the unlicensed daycare facility. In other words, she was breaking the law from day one.

The owner of the childcare facility was Paige Hatfield. When prosecutors charged her with felony aggravated battery causing great bodily harm she was determined to fight it in court. She was also charged with the misdemeanor of operating an unlicensed daycare facility. 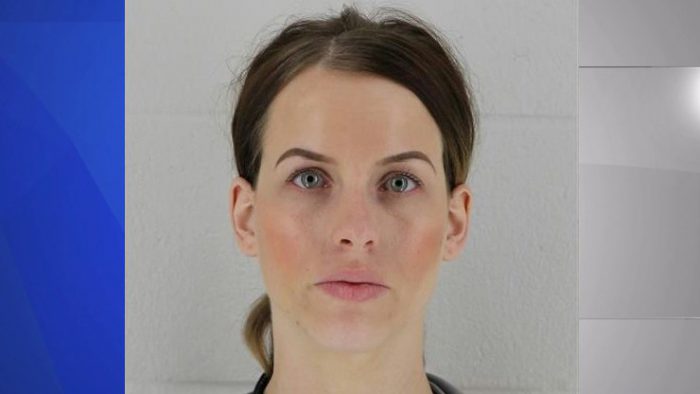 The baby boy whom she abused was Kingston Gilbert. He was in Hatfield’s so-called “expert” care for only eleven days back in 2017 before she left the baby severely beaten and abused. He was left suffering from brain damage and permanently blinded.

The incident occurred on January 31, 2017, and Hatfield called 911 to report her abuse. However, she tried to phrase it in a way that would not alert the emergency dispatcher to her crimes. She told the operator that Kingston was throwing up.

However, after the baby was taken by ambulance to the Children’s Mercy Hospital, it was obvious that Kingston had more problems than an upset stomach. He was in critical condition.

Court documents provided by the doctors at the children’s hospital said that Kingston was “suffering from abusive head trauma,” which is, “only caused by violent non-accidental physical trauma.” The doctors added that Kingston’s extreme injuries could have only come from “extreme violence.”

Because Hatfield attacked an innocent four-month-old infant, the prosecutors asked the court to enhance Hatfield’s sentence. They said that because she was a childcare provider, the stakes should have been higher. They believe that she should have known better and not have taken her fist to the infant’s face.

Meanwhile, Kingston’s mother, Ashleigh Garcia, admitted that many days are “barely survivable” because of the atrocities Hatfield caused to the little boy.

Only Garcia’s faith in God helped the family pull through the tragedy.

“We spent 18 days in the I.C.U. just praying that he got through,” Garcia said. “We were told by doctors he is never going to be the same boy. I mean, we pretty much had to grieve the loss of our child and accept that the baby that we were bringing home was not the baby that I dropped off at daycare that day.”

In March 2019, Hatfield finally got sentenced. She will spend seven years behind bars. The judge gave her the maximum penalty allowable by law, which is 86 months in jail for her crimes.

Judge Brenda M. Cameron spoke about the victim’s family as she sentenced Hatfield.

“I am beyond words to express how sorry I am to Kingston and his family for their loss, and it is a tremendous loss,” she told the family during sentencing.

Before the assault, Kingston was a “happy, healthy smiling baby.”

“The child you had before you met Paige Hatfield is not the same child you have now,” the judge told Kingston’s parents.