Seattle’s police watchdog confirmed in their investigation that Seattle police exchanged detailed fake radio transmissions about a nonexistent group of menacing right-wing extremists at a crucial moment during the so-called 2020 racial justice protests.

According to News Hour First, “Officers held radio discussions about a supposed group of Proud Boys members carrying weapons and indicating that they were preparing for an attack on the notorious Capitol Hill Autonomous Zone, a much-derided leftist attempt to set up an independent commune in the middle of Seattle.”

Hours after the police department abandoned its East Precinct on June 8, 2020, that’s when the fake chatter happened, while protesters were starting to set up the temporary zone (CHAZ) that was later called the Capitol Hill Organized Protest, or CHOP.

CHAZ acronym is probably the most well-known of the lot, but The Capitol Hill Autonomous Zone has gone by several different names.

It was in the Summer of 2020 when Anarchists and communists in Seattle decided to take advantage of the violent BLM riots to declare that an independent microstate had been founded in downtown Seattle. And this allowed a brief period of true anarchy and a wonderful social experiment, wherein police were largely told to obey the aspiring communards and stay out of the zone.

The inhabitants of the zone also made a hilarious attempt to grow crops, along with waving guns at locals and extorting businesses in the area.

Later they realized that reading Marx and Lenin had not taught them anything about urban farming. Later a warlord allegedly took over, as is the fate of all anarchist experiments, and several teenagers were shot and killed by a self-appointed police force.

It was just after the shootings when authorities finally moved in and cleared out the leftists, probably needing gas masks to escape the stench. 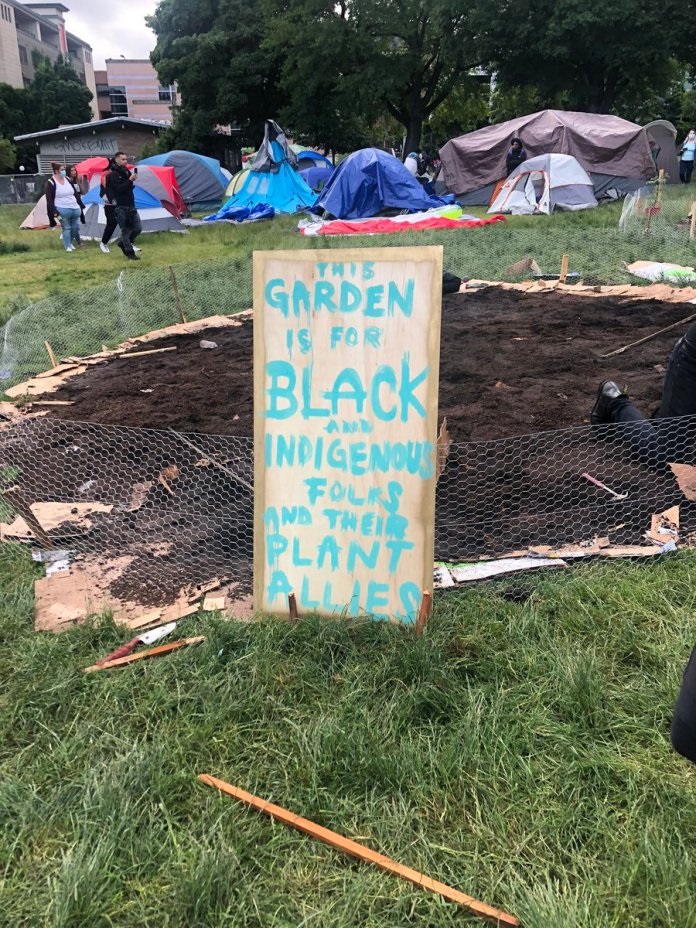 It was right before CHAZ was cleared when police tried one strange tactic which involved the creation of a fictional armed threat to the commune.

The imaginary threat of the so-called Proud Boys which police apparently hoped would distract occupants of the zone or scare them into dispersing on their own. The department has admitted that the officers were being dishonest and misleading the public but none have been punished for the incident thus far.

Though many Critics claim that their actions heightened tensions in the otherwise peaceful zone but in reality, the zone was always a crime-ridden mess and it was always fated to end badly.

However, it is very pathetic that the Seattle Police Department felt the need to invent an imaginary group of right-wingers to scare the leftists rather than clearing out the domestic terrorists themselves, News Hour First concluded.