Rules don’t apply to liberals. Doesn’t everyone know that? It’s about time the pissy attitudes and games start getting called down.

Sen. Elizabeth Warren (D-MA) is nothing but a fool! Let’s not forget she played the Native American Minority Card until tenured at Harvard. Then reversed herself. 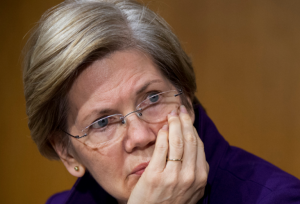 During a Senate debate on the Senate floor, Warren attempted to disgrace Sessions as a racist and unfit to serve as Attorney General.

But Warren didn’t realize that she had broken Senate rules. She was shut down!

“In a stunning moment on the Senate floor, Sen. Elizabeth Warren clashed with Senate Majority Leader Mitch McConnell Tuesday night after McConnell determined the Massachusetts Democrat had violated a Senate rule against impugning another senator. In an extremely rare rebuke, she was instructed by the presiding officer to take her seat. Tuesday night’s rule means Warren will be barred from speaking on the floor until Sessions’ debate ends, McConnell’s office confirmed. The debate is expected to conclude Wednesday night. ‘She was warned. She was given an explanation. Nevertheless, she persisted,’ McConnell said on the Senate floor.”

The US Senate voted 49 to 43 to keep Warren from trashing Sessions any longer on the Senate floor.

She was forced to stop her obstructionism and sit down.

Warren is so pathetic!