“Blexit is a renaissance and I am blessed to say that this logo, these colors, were created by my dear friend and fellow superhero Kanye West,” said Owens, 29.

She gushed that West “has taken one of the boldest steps in America to open a conversation we have needed to have.”

The rapper and husband of Kim Kardashian visited the president inside the Oval Office earlier this month. His bromance with Trump began around April, when he tweeted, “the mob can’t make me not love him.”

The new shirts come in traffic-cone orange, teal and a muted lavender with designs that say “Blexit” or “We Free.” 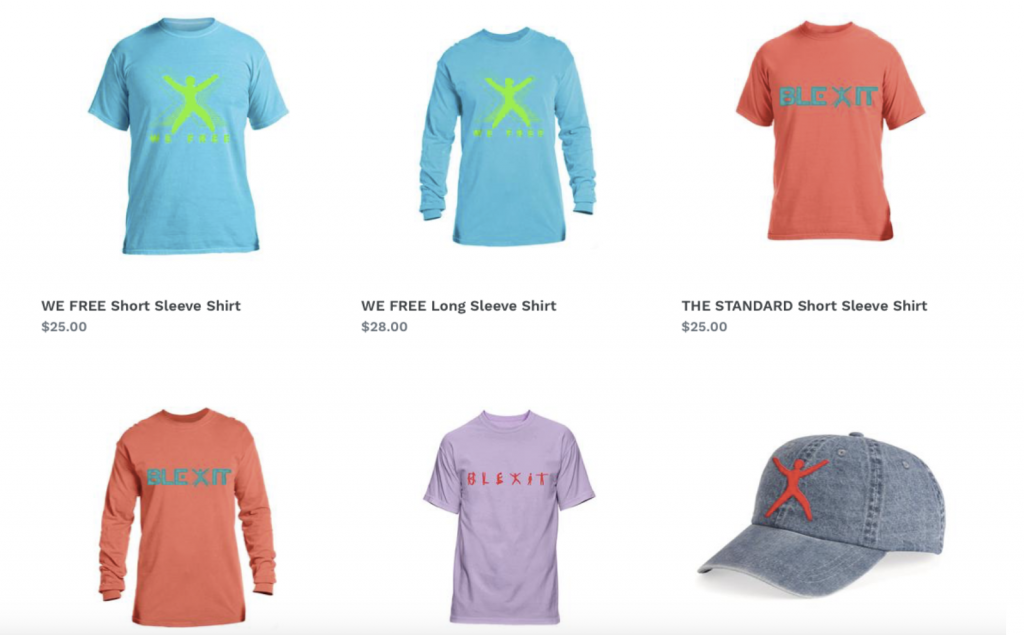 The clothes were part of a broader launch of Blexit.com, which includes testimonials from black Americans who have left the Democratic Party.