Far-left leaning CNN doesn’t want to tell you the whole story. All they really want to do is pick on the president. The so-called “Clinton News Network” wants to wait until they can get the experts on their home turf to feed them leading questions, carefully crafted to inflict maximum damage to the president’s image. CNN refuses to air the official public briefings because the coverage often shows the experts confirming what the president is saying. Where there is disagreement, the briefings at least put any disputes in their proper context. Now CNN is whining because Vice President Pence won’t play their evil game.

The first thing a witness does when they take the stand is promise to tell the truth. Not just their side of the story but the “whole truth.” It’s not supposed to be embellished with opinion, the facts should be kept to “nothing but the truth.” That doesn’t apply to CNN and they take full advantage. At least, they did. Mike Pence put his foot down and CNN is furious about it.

The Vice President has stopped allowing the top health experts to appear on CNN. The liberal network cries foul, blaming it on an attempt to make them run the full briefings, which can run over two hours. They’re sidestepping the real issue. They got caught with their hand in the cookie jar. While they could be covering the experts, they put their own commentators up to tell just the liberal side of the story.

CNN has an agenda. The latest Deep State strategy is an all out assault on President Trump’s image with the public. George Soros allegedly injected millions of dollars into progressive action group MoveOn, expressly to finance a propaganda campaign. The president’s approval rating has Democrats terrified. They now have a single agenda. Attack the president’s handling of the virus crisis and blame every tiny little mistake on Donald Trump personally. The whole thing is Trump’s fault. 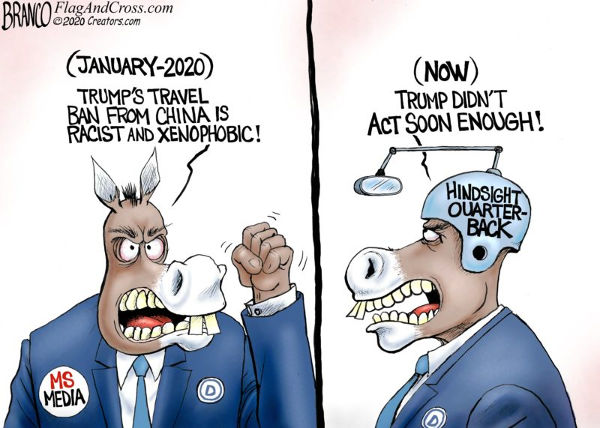 Media news broadcasts are a far cry from a court of law. Evidence rules are non-existent in the world of infotainment. It’s up to the media consumer to beware the pitfalls. Sometimes, it’s terribly hard to tell the difference between fact and fiction when it’s presented in high-definition, with fancy charts and graphics, presented by one of the popular talking heads. The Deep State is counting on that as their only remaining hope to defeat President Donald Trump in November.

Lately, CNN has been cutting their coverage as soon as the president leaves the podium. They won’t tell you the “whole truth.” That would include showing the full explanation sessions with Dr. Anthony Fauci, Dr. Deborah Birx, and the other distinguished experts. These usually explain, clarify, and confirm what the president relayed in his remarks. CNN chooses to instantly switch to a “fact-checking” segment designed to rip apart any opening they can find in what the president just said.

After they decide on the best sound bites from their propaganda postmortem to use against Trump, they round up the experts for a one-on-one session to develop their agenda further. Away from anyone or anything which might contradict their official message. 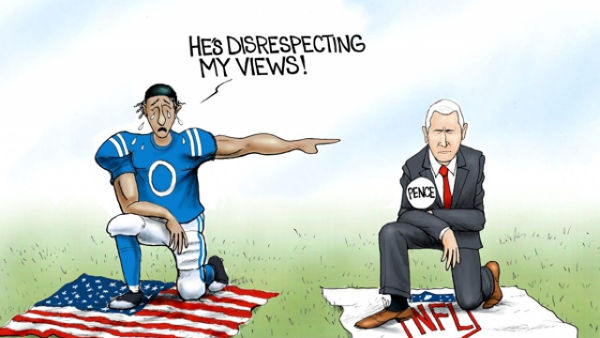 Through his office, Mike Pence made it crystal clear to CNN that he sees what they are doing and he doesn’t like it one bit. “When you guys cover the briefings with the health officials then you can expect them back on your air,” a Pence spokesperson informed CNN.

Dr. Anthony Fauci may or may not deserve his Dr. Deep State moniker but he’s been awfully friendly to the progressives and frequently tangles with President Trump. He had a regular standing Thursday night invitation to appear for CNN’s Town Halls, along with Dr. Sanjay Gupta who almost served as Barack Obama’s Surgeon General except he had a whole lot of potential “conflicts of interest with drug companies.”

Instead of sending any medical experts over to CNN, the Vice President has been sending political experts. Secretary of Defense Mark Esper made an appearance and Peter Navarro sat down with CNN twice. The network is speechless because they absolutely do not want to hear a single word that either of them have to say. They defend the president.