The hero being hailed for confronting the Texas mass shooter during his attack on a church is a sharpshooting plumber with zero military background.

Reports say he hit the gunman through a gap in his body armor. Stephen Willeford happened to shoot Devin Kelley before he jumped into a mans truck to escape.

The shooter then took his own life after wrecking his SUV in the chase.

The most amazing thing is the type of gun Stephen used to save the day, and for some odd reason the media is failing to report on it. 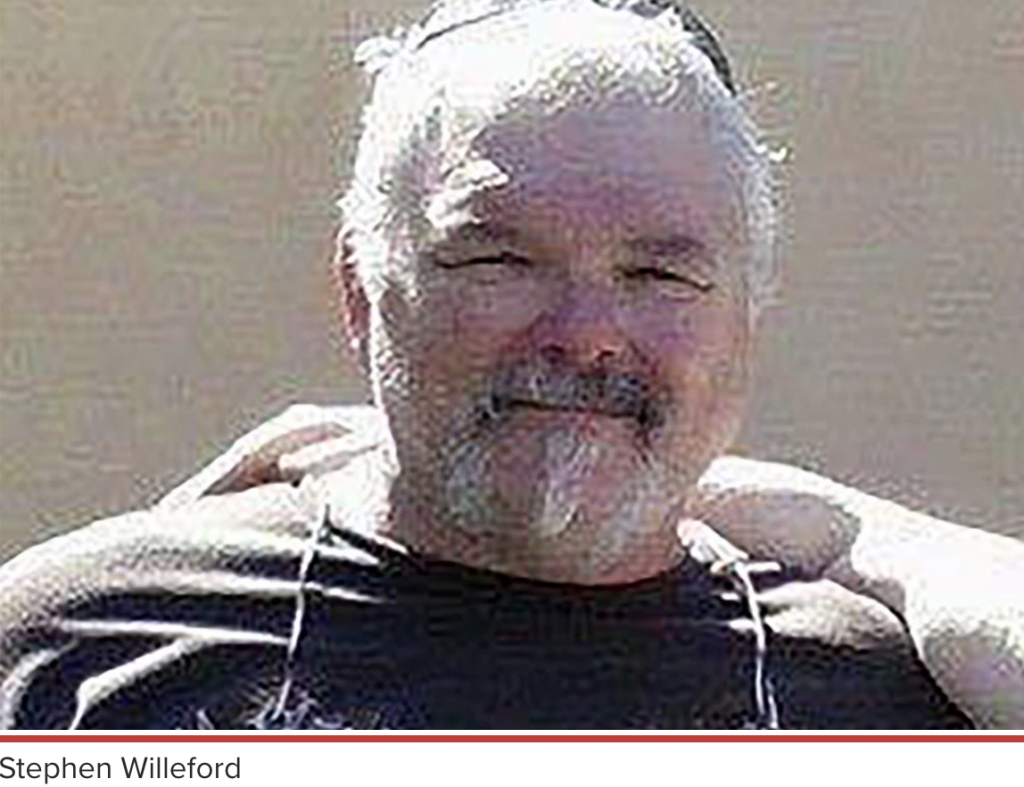 After Devin Kelley killed 26 people attending service at the First Baptist Church in Sutherland Springs, Texas on Sunday, most outlets reported that he used a Ruger AR-556, which is a variant type of AR-15 rifle.

In the mainstream media, report after report …

after report noted that this semi-automatic weapon was used by Kelley, leading to increased calls from some for the rifle to be banned:

What do the shootings in Aurora, Orlando, Las Vegas, Sandy Hook, San Bernardino & Sutherland Springs, Texas all have in common?

How about we start by banning the AR-15 as well as any guns which can shoot at as rapid of a rate as it? #GunControlNow #TexasChurchMassacre

This is a fair and often made point in the gun control debate. As the nation watched the horror in Texas, many asked why anyone would ever need such a lethal weapon.

I️ never pushed a full gun ban agenda. But do you honestly need access to an AR-15? https://t.co/ouKu9FS1ti

One person who needed access to an AR-15 was Stephen Willeford, who’s now being hailed as the man who stopped Kelley from killing further.

During an interview Monday, Willeford, a former National Rifle Association instructor, said that he too fired on the shooter with an AR-15 rifle. Willeford even insisted that having more conventional weapons might have been useless, telling CRTV’s Stephen Crowder, “If I had run out of the house with a pistol and faced a bulletproof vest and kevlar and helmets, it might have been futile.”

“I ran out with an AR-15 and that’s what he was shooting the place up with,” Willeford added.

Many mainstream outlets had reported on Willeford’s heroism prior, most mentioning that he returned fire on Kelley with his “rifle” but never mentioned what kind of rifle. This is understandable, because to my knowledge, Monday evening was the first time Willeford mentioned he used an AR-15, and also that his take down of Kelley required such a weapon.

So shouldn’t this new detail be an important development to report? Particularly given the ongoing gun control debate?

Yet the only outlets that I could find, with the exception of the the Los Angeles Times, reporting this new information were all right-leaning. Only conservative outlets reported the gun as an AR-15. As I write this on Tuesday, the mainstream press still seems wholly uninterested in this detail. Nor will you likely find any updates to old stories noting that Willeford used an AR-15 to stop a man carrying out a mass killing with an AR-15.

Nor is this the first time an AR-15 has been used defensively, but that is beside my point here.

My point is not that there is a liberal conspiracy to not let the general public know about Willeford’s use of an AR-15, but that the same journalistic eagerness after a mass shooting to find out what kind of weapon was used, and the calls for gun control that inevitably follow, does not have a mainstream media parallel when new information arises that is more favorable to the gun rights side of the argument.

Even when it clearly presents itself, as Mr. Willeford did Monday night.

It’s not an accident that the only outlets to share with readers that the Sutherland Springs hero used an AR-15 were overwhelmingly conservative. Most mainstream journalists are not conservative. As former NPR CEO Ken Stern explained at the New York Post last month:

Most reporters and editors are liberal — a now-dated Pew Research Center poll found that liberals outnumber conservatives in the media by some 5 to 1, and that comports with my own anecdotal experience at National Public Radio. When you are liberal, and everyone else around you is as well, it is easy to fall into groupthink on what stories are important, what sources are legitimate and what the narrative of the day will be.

Media bias is as much about what the press chooses to ignore as what it reports. That mass shooters use AR-15s to carry out their carnage is unquestionably newsworthy.