Colin Kaepernick may have won the battle but President Donald Trump sure won the war on the NFL protests.

As Kaepernick remains a free agent, he is currently undergoing brutal workouts to stay in shape in the hope he eventually lands with a team and not McDonalds as his new career. 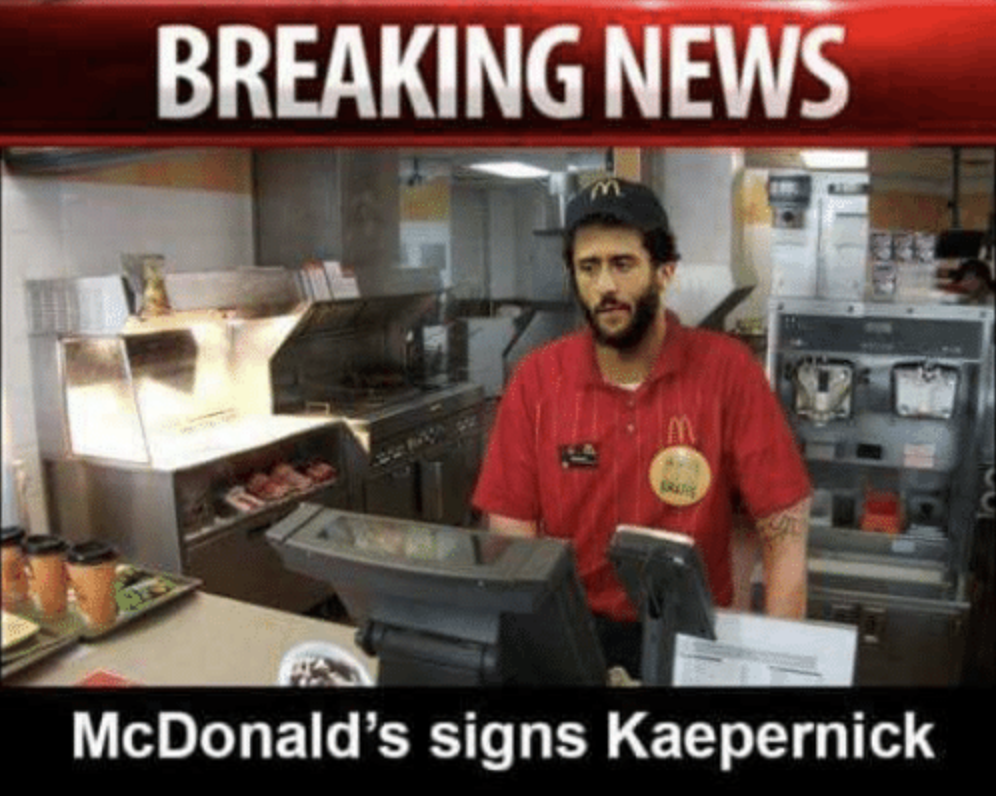 However, coaching staff are now coming into contact with the rest of the NFL players and talking to the ones who want to take a knee.

NFL teams are in a position where they want to be done with the protests and are choosing to stand during the anthem. Even players who want to stand are too afraid of the consequences if they take the risk.

“Out of all the players you see taking a knee, there are probably three times as many who want to do it but are scared. If you ain’t a one or two at your position (meaning a first- or second-string player) you ain’t doing it. People have to feed they family,” he said.

Teams are coming together and standing as a team once again, and multiple NFL players have even been ordered to stand or their careers will be crushed.

“They didn’t say what would happen,” said one NFL linebacker who plays for one of eight teams whose owners donated to Trump’s presidential campaign. “But they let us know that we are expected to stand during the anthem.”

The aftermath of the NFL national anthem protest has not been good for the football league.

Disgruntled fans, low ratings, and very public fights have lowered the public opinion of the NFL to record lows. Now the owners in the league are attempting to take control.

Multiple reports from teams across the league indicate that team owners and management are cracking down on anthem protesters. The Miami Dolphins head coach has ordered his team to stand, according to IJR reporting:

Dolphins head coach, Adam Gase, implemented a policy on Sunday, October 8 that required players to stand for the national anthem or they can stay in the locker room.

The Dolphins owner, Steve Ross, said the reason for his policy is that President Donald Trump has changed what started as a social injustice protest into a patriotism debate and it’s better for players to stand now.

Cowboys owner Jerry Jones had this to say about the protests (emphasis added):

“If there is anything disrespecting the flag, then we will not play. Period. We’re going to respect the flag and I’m going to create the perception of it. […]

“I know this. We cannot in the NFL, in any way, give the implication that we tolerate disrespecting the flag. We cannot do that. I know the vice president did leave because in his opinion, the teams were. We know that there is a serious debate in this country about those issues. But there is no question in my mind that the National Football League and the Dallas Cowboys are going to stand up for the flag. Just so we’re clear.”

Now, reports from players around the league match what some owners are indicating publicly.

It didn’t take long for the players to change their minds once their careers became part of the picture.