Apparently there are immigrants that Obama DOESN’T LIKE and it’s because they are all predominantly conservative. Seems Obama doesn’t want them here anymore… wonder why? 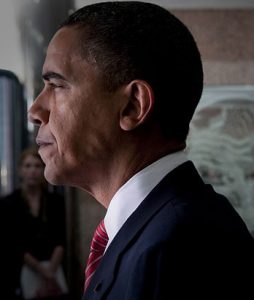 From Allen B. West:

Many Cubans residing in “Little Havana” in Florida either fled Fidel Castro’s regime, or are descendants of those who did. Is it any surprise they have a particular disdain for the leftist policies they left behind?

It’s been pointed out previously that there are perverse incentives for Democrats on the issue of illegal immigration — as if amnesty were to be enacted, most of those entering the US illegally come from ethnic groups that overwhelmingly vote Democrat. If there were millions of Cubans fleeing to America, it’s Republicans who would find themselves in a similar position. And for them, there’s no amnesty needed, as thanks to the “wet foot, dry foot” policy Bill Clinton put through in 1995, allowing anyone who fled Cuba permission to pursue residency a year later.

That is — until now.

In an effort to continue normalization of U.S./Cuban relations, President Obama used an administrative rule change to end a longstanding policy that allows Cubans who set foot on “dry” U.S. soil to become a legal resident, according to the AP.

“Effective immediately, Cuban nationals who attempt to enter the United States illegally and do not qualify for humanitarian relief will be subject to removal, consistent with U.S. law and enforcement priorities. By taking this step, we are treating Cuban migrants the same way we treat migrants from other countries. The Cuban government has agreed to accept the return of Cuban nationals who have been ordered removed, just as it has been accepting the return of migrants interdicted at sea.”

@TheLastRefuge2 hmmmm…payback for Cuban Americans voting for Trump in FL?

So he wants the democratic immigrants here in America to get Dems elected but God forbid us keep the conservative immigrants!