Women marched all over the world during Donald Trump’s inauguration… The exact reason why seems to be eluding everyone. There seems to be a number of reasons and they all can’t agree on what exactly that reason is. 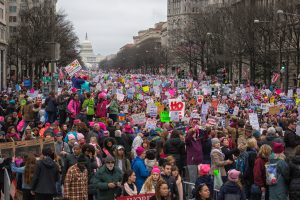 Robert Gehl reports that the hundreds of thousands of women stomping around in Washington Saturday made a big scene and a big noise, but for many women, it’s sound and fury for nothing.

Asked about the following day’s big event at the inauguration, many women who supported Trump weren’t sure what all the hullabaloo was about.

“I think it’s great, do your thing, but I just don’t know what they’re doing it for. They’re talking about rights, women’s rights, but what rights are being taken away from any women?” asked Susan Clarke, 50, who came to the capital from Charlotte, North Carolina, and wore a blue, bedazzled “Tar Heel Deplorable” shirt. “I don’t understand what the point is.”

In more than 600 cities around the world, hundreds of thousands of women marched and paraded around in their “pussy hats,” but it was all a bit baffling to women that McClatchy spoke with. 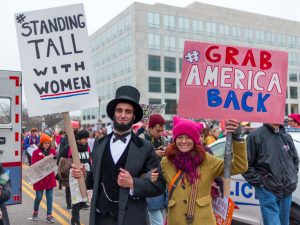 “They can protest, it’s their right, but don’t call it the ‘Women’s March,’” said Ellie Todd, 23, who drove to the inauguration with two friends from Spartanburg, South Carolina. “That makes it sounds like it’s a big unified thing, when really they’re picking very divisive issues and protesting against Trump – who by the way is now our president – instead of for something that would bring us all together. It’s not all women.” 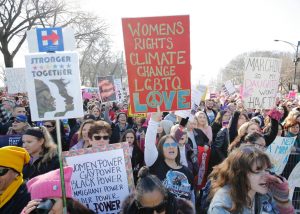 Organizers have insisted that the march isn’t an anti-Trump protest but rather a rallying cry for women’s issues and a range of liberal causes that could be threatened by the Trump administration. The event’s policy platform covers issues such as racial profiling, climate change, abortion and LGBTQ rights. The official website lists 177 partners including Planned Parenthood, the Human Rights Campaign, the NAACP and Voto Latino.

I agree, lets not call this a Women’s March, because like the other Millions of non-liberal women, we had our own march… to the polls to vote for Donald Trump! Because I sure as hell am not “with her!”