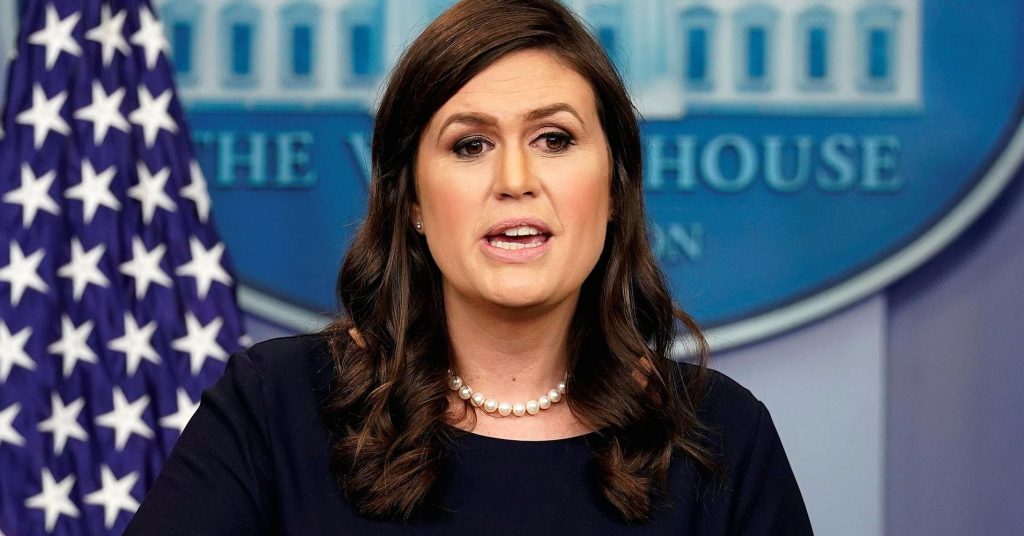 Liberals have always been known for delivering low blows when the realization that they have no defense comes to mind. Why fight fair and mature if that game plan exposes how pathetic your party has become? Instead openly mocking someone’s appearance just like a high school bully is the only defense strategy left and unfortunately Sarah Huckabee Sanders is the current target for humiliating. What’s even more unfortunate for democrats is the classy way that Sanders refuses to take the pathetic bait and instead chooses to behave in a mature and unfazed manner.

As chronicled by the Daily Caller, several liberal reporters have begun attacking Sanders for her appearance and weight.

“Rather than the fake eyelashes and formal dresses she puts on for news briefings, Sanders seems as if she’d be more comfortable in sweats and running shoes,” LA Times David Horsey wrote in a piece on Wednesday.

“looks more like a slightly chunky soccer mom who organizes snacks for the kids’ games” than a press secretary.

At another paper, New York Times reporter Frank Bruni said, “to listen to her pronounce ‘priorities’ is akin to hearing the air seep out of a flat tire, and she leaves half of the consonants on the curb.”

SNL once infamously mocked Sanders when she first appeared behind the podium, calling her mother a “southern hamburger.”

Wow, what a pathetic bunch of bullies. How dare the Democratic Party focus solely on a women’s appearance while dismissing any political intelligence.