Bianca Chambers, a Detroit resident who had her Mercedes Benz stolen refused to sit at home feeling sorry for herself. Instead, she followed it all across Detroit until she decided to take matters into her own hands.

Chambers tracked her car throughout the city for two days, and at one point, the thief hit up the strip mall where she owns a boutique. She tracked her car four different times, then called the police each time she found it. But by the time the Police arrived at the scene, the thief was gone.

Not until for the fifth time did she spot her vehicle when the man parked her car and went to get his hair done. That’s when she took matters into her own hands and confronted the thief.

She said, “At that point, I was like…I’m not letting this man walk again.”

She walked into a barbershop at Greenfield and Grand River and was face-to-face with the suspect.  She says stole her new Benz and asked him point-blank – is that his Benz? When he denied it, she took him down out of the shop by his dreadlocks with the help of several witnesses. However, she also slashed all four of her own tires just to make sure he wasn’t able to escape while waiting for the Police to arrive.

“I slashed all the tires and I thought that he was gonna take off and I didn’t know how long it was going to take for the police to pull up and I refused to let him pull off again,” she told WJBK.

Chambers called him “the dumbest criminal” because of the way he went “joyriding in my car like nobody was going to see,” she said.

“I’m sorry to say but I don’t regret anything, I feel like I did my job. I did what I was supposed to do,” Chambers said.

The 19-year-old Michael Tolbert apparently has a history of car theft and breaking into vehicles. At age 17, he was charged with taking valuables from vehicles in parking lots and stealing a car that had the keys left in it. It was estimated that he took $1,700 worth of goods. 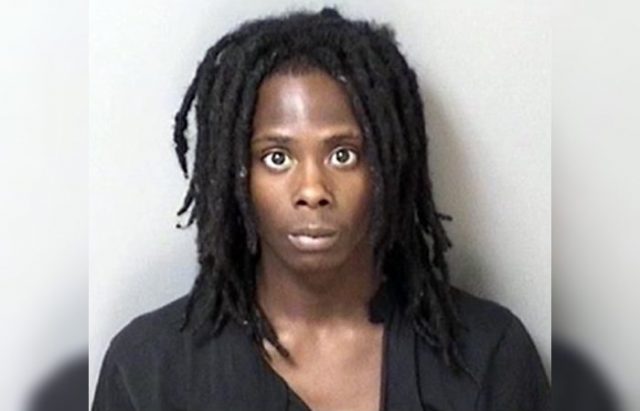 In the case of Chambers’ car, Tolbert was charged with receiving and concealing stolen property worth $20,000 or more. He was given a personal bond but was reprimanded on a probation violation from a recent case. 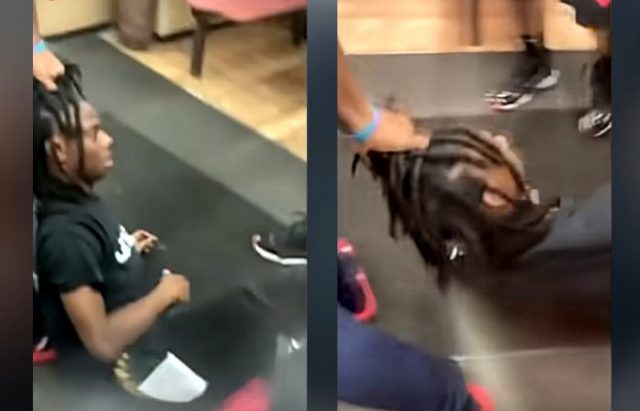 Although Michael Tolbert could have pressed assault charges against Bianca Chambers for dragging him out of the chair by his hair, he has opted out, perhaps due to embarrassment.

While Chambers has been lauded for her tenacity, her actions aren’t something police officials recommend. Still, it’s easy to understand why she took matters into her own hands rather than letting the thief get away with her car for the fifth time.