It is indeed downright outrageous for a carjacked victim to pay the fines made by the criminal. But D.C. officials want them to pay anyway – they did nothing until it was put to the news.

A 73-year-old Vietnam veteran was first victimized by armed carjackers and then victimized by Washington, D.C., officials who demanded he pays $2,000 fines that the criminals racked up in his stolen car.

Doug Nelson became the victim of a carjacking when he arrived home just after midnight following a late shift at the U.S. Postal Service. Shortly after getting out of his car, armed carjackers put a gun to the elderly man’s head and demanded the keys to his car.

WJLA exclusively follow this story until it was resolved, and according to the outlet:

Doug recalled. Valuing his life over his vehicle, the Vietnam veteran and grandfather of 11 handed over the car without hesitation, hoping that was all he would lose, even though it was the only vehicle he and his wife owned and they relied heavily upon it.

“As I was exiting the vehicle, this guy came up with the pistol and said, ‘Give me the car. You know, what’s happening. Give me a car’” 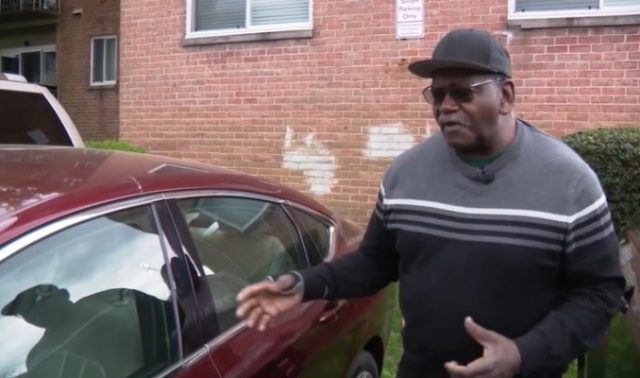 Doug and his wife Nancy Nelson thought their troubles were over when the car was returned, but it was just the beginning of much bigger troubles ahead.

The couple thought they can now sleep well at night, but little did they know, their worst nightmare is just about to start, the couple received notice after notice about the fines from traffic violations the carjackers committed in the stolen car. 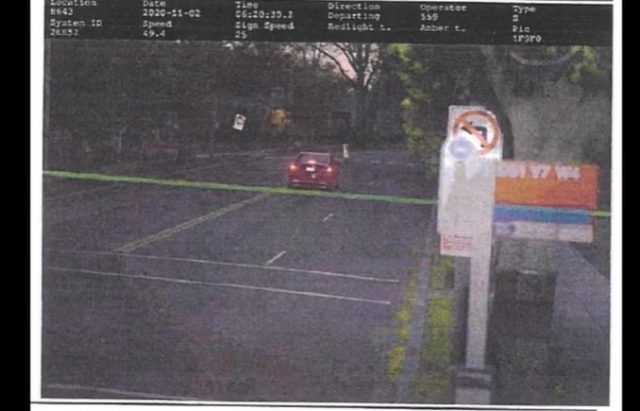 The Nelsons thought they would just notify the District of Columbia that the infractions were made while the car had been stolen and they would dismiss the charges. That is not what happened.

“It came back saying, ‘You owe,'” Nancy Nelson said.

The Nelsons tried to clear the issue up personally at numerous government offices but they got the bureaucratic runaround. After making arrangements to get down to DC and waiting her turn to meet with the hearings officer, Nancy said the guy did “not even look at the information.” Instead, he told her, “Your tag number is not on the report.”

In the meantime, they were not allowed to drive the vehicle that they depended on to get to work and run their daily errands.

Nancy went back to the police station, but it was no help. “He [the police officer] said, ‘I can’t put the tag number on your report, but it’s in the system,’” Nancy recalled.

“This is not helping me at all. I’m in tears about all of this stuff because we owe over $2,000 for tickets that are not even our fault,” she said, adding, “I called my council member. I called the Mayor’s office, and they told me ‘hold on’ and I never heard back from them either.” 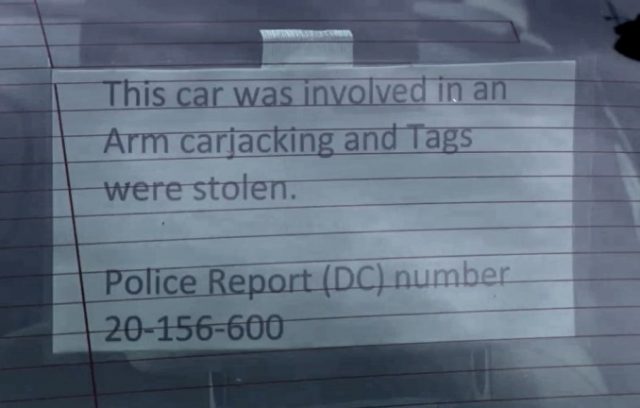 According to the Nelsons, all they got was the bureaucratic runaround, and in the meantime, things only got worse. Because of the outstanding tickets, the Nelsons couldn’t get new tags. Therefore, they were not legally permitted to drive their vehicle, which they depended on to get to and from work and to run their daily errands. Shockingly, this allegedly lasted six months, and the fines only grew.

The Nelsons had one last option, but it was a pricey one. They could make their case to a special appeals board, but they would have to pay all fines upfront in order to access the board. Unfortunately, the six months that passed resulted in the fines having at least doubled to more than $5,000, according to WJLA.

After hearing the Nelsons’ story, the 7News I-Team tried for nearly two weeks to get several DC officials and agencies “to agree to an interview to discuss how this happened to the Nelsons and explain why, in the face of facts, nobody would help them.” Although the DC Department of Motor Vehicles reportedly did not respond to the station’s requests, they eventually released a statement saying the tickets had been dismissed.

“The initial police incident submitted as part of that process was incomplete and failed to establish that the vehicle was stolen when the citations were issued,” the DC DMV’s statement alleged. “Subsequently, DC DMV received a more complete incident report with additional details related to the carjacking incident involving Mr. Nelson’s vehicle. As a result, DC DMV Adjudication Services has dismissed the six tickets, as well as the related fines and penalties.”

The DMV also claimed they “had been communicating with Mr. Nelson since he began the adjudication process related to the six citations issued” six months prior. However, according to the Nelsons, they were never notified by DC officials that the tickets and fines had been dismissed. 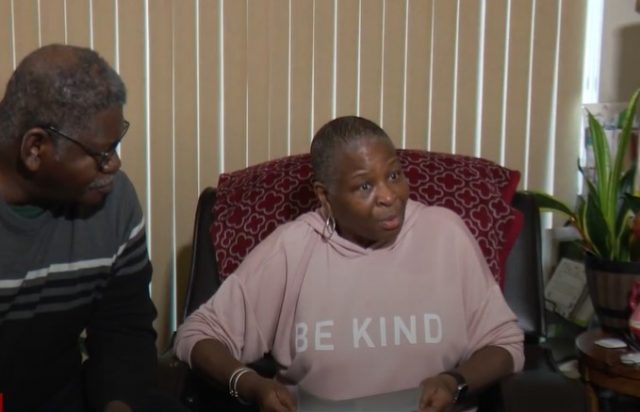 The Nelsons also disputed the DMV’s claim that the agency had been communicating with them during all that time. Instead, they said the communication over the previous six months had been a series of one-way interactions, where they presented the facts and the District’s only response was to tell them to pay all of the tickets and then it would decide whether the payment was justified.

While it’s great that the ordeal can finally be put to rest, it’s an example of a very troubling situation. As Doug and Nancy’s son-in-law Richard Bennett pointed out, “It shouldn’t have to be this difficult.” Indeed, one would think any human being could look at this case and realize it needs to be resolved. Instead, an elderly, law-abiding couple was harassed for six months. After already having been victimized by criminals, the last thing they needed was to be further violated by government officials. We must demand better.