Kardashian Fans are expressing concerns over Khloé Kardashian‘s appearance after the reality star, 38, was just spotted playing on a beach with her daughter and niece while donning a skintight black tank top and leggings outfit.

Paparazzi-snapped pics emerged this week of the Good American founder in Malibu sporting what many fans are dubbing a “scarily smaller” frame.

The busy mom appeared to be having a lot of fun in the sand, in the now-viral photos, keeping up with her daughter, True, as the pair run around on the beach, going in and out of the water. 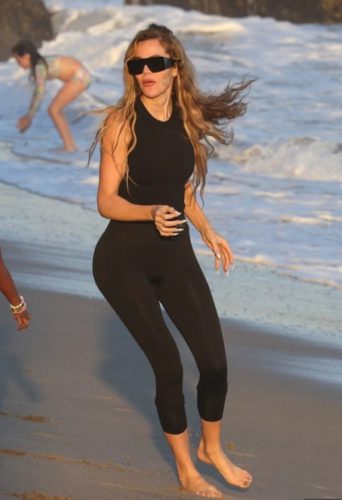 Khloe looks to be having a great time with her family, smiling in many of the photos.

In the photos, Kardashian is seen smiling and laughing with her daughter True, 4, and niece Penelope Disick, 10, as she wore her long, wavy blonde tresses down and accessorized her look with oversized black sunglasses.

Fans, however, continue to insist on Reddit or elsewhere that these photos are “worrisome” and “concerning,” with some crediting her potential weight loss to “the stress” that her ex Tristan Thompson, 31, caused with his infamous infidelities and scandals. 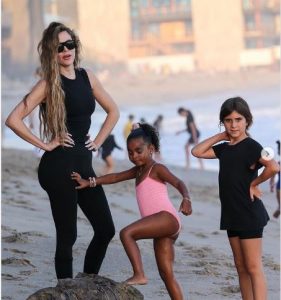 On a popular Reddit dedicated to the famous reality family, fans expressed their concern.

One fan wrote: “Yeah these are the first pics that have actually made me think she has a serious problem. We’re witnessing her wasting away.”

Another fan wrote:“Her knees are tough to see. I find these pictures incredibly sad honestly.”

A third concerned fan wrote: “Omg this made me gasp out loud. She looks extremely unwell, wow. Her body is TINY, her hip bones, her forearms, thighs etc….just looks like she’s gone way too far.”

Another simply said:“I hope she finds her happiness. Watching her over the years has been heartbreaking.” 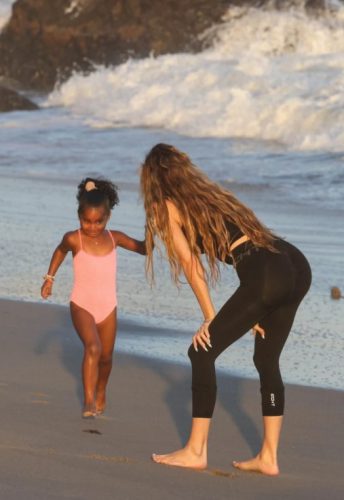 Many then deemed Kim to be “too skinny” or looking “thinner than ever” and stressed how “worried and scared” they were about her health. Other fans continue to mention how “anything we see” could be “PhotoShopped” while many more seem adamant that these recent images are “concerning.”