New England Patriots QB, Tom Brady, showed how being a true patriot happens on and off the field.

With NFL protesting during the national anthem refusing to die out, Tim Brady decided to show his fellow colleagues that not only should one stand for the anthem, but they should honor and respect the men and women fighting for them to have the privilege of playing football for a living while also making way more money than any military personnel could ever dream of receiving. In an epic show of sportsmanship and military respect, Brady and a fellow player invited and paid for the attendance of 200 navy soldiers to come and watch a pro season game from field side. He also honored them by taking the time to go and personally greet and welcome them on his behalf. 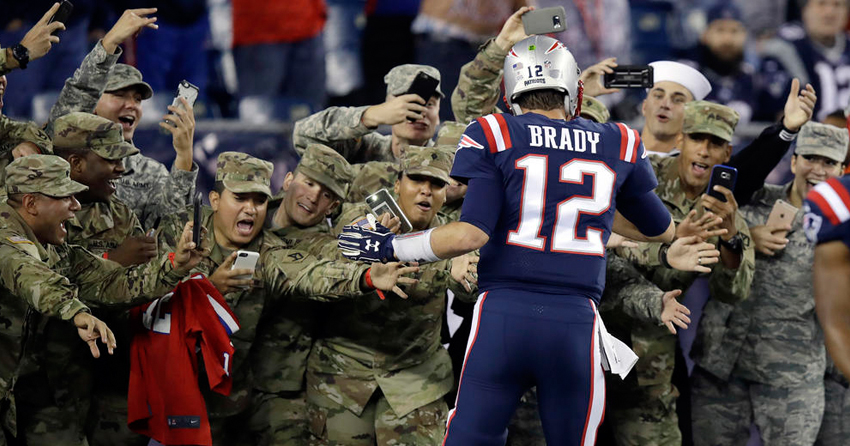 Then Brady and Hogan met them on the field and gave them a proper greeting.

Meanwhile, on the opposite end of patriotism, you will find the anti American Kneelers who claim to be supporting those who feel oppressed while swearing to mean no disrespect to the military, but at the end of the day, anyone who refuses to stand during the national anthem IS behaving in a disrespectful manner whether they mean to or not.