America’s top diplomat, Secretary of State Mike Pompeo, has had enough of communist foot dragging. He demands that global health teams be allowed to access and inspect the Wuhan Institute of Virology to determine conclusively whether or not the designer genes of the killer coronavirus were cultured there.

Washington has been sparring diplomatically with Beijing over the way Xi Jinping has been handling their end of the outbreak. Last week, Pompeo asserted that the U.S. “strongly believed” China waited far to long before reporting the outbreak, then intentionally covered up just “how dangerous the respiratory illness caused by the virus was.”

Chinese secrecy and refusals to allow inspections have caused relations between our government and theirs to deteriorate considerably since the 2019-nCoV novel coronavirus escaped from a lab in Wuhan, China late last year and infected the entire globe.

Every national economy on the planet has pancaked in the wake of the COVID-19 pandemic. By Wednesday, Secretary of State Mike Pompeo, who’s job title makes him the top diplomat, had enough. He demanded that China “provide the world access to its virology labs in Wuhan.” Everyone knows the pandemic started there and Beijing owes it to the whole world “to be transparent.”

“We still haven’t gained access,” Pompeo emphasizes. Nobody else in the world has been able to gain access to the Wuhan Institute of Virology either. “We don’t know precisely where this virus originated from,” Pompeo noted at a State Department conference, and added “that U.S. concerns over the security of Chinese labs persisted.” 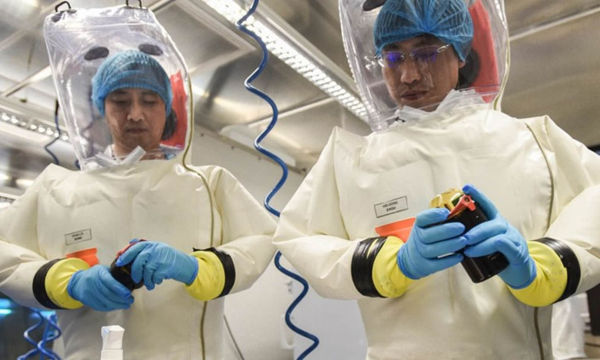 If it wasn’t one lab, it was probably another

If it didn’t come specifically from WIV, then there are other likely suspects. “There are multiple labs that are continuing to conduct work, we think, on contagious pathogens inside of China today and we don’t know if they are operating at a level of security to prevent this from happening again,” Pompeo relates. The Communist Party is likely to blame.

“The Chinese Communist Party tells us they want to be our partners,” Pompeo notes, but they have a funny way of showing it. “There is a continuing obligation on the part of reliable partners to share this information,” yet they aren’t sharing any of it, the diplomat insists.

Last week, President Donald Trump declared that the administration is digging into the origins of the virus. Terrified Chinese officials back the government position that claims the virus came from a Wuhan lab “have no basis in fact.” They can deny it all they want but back in 2018 the State Department warned “in diplomatic cables” that their were critical “safety and management weaknesses at a Wuhan laboratory.” One that was working with bats and variants of the SARS coronavirus.