A Virginia woman has been sentenced to 16 years behind bars for filming herself sexually abusing her boyfriend as he died of a drug overdose. 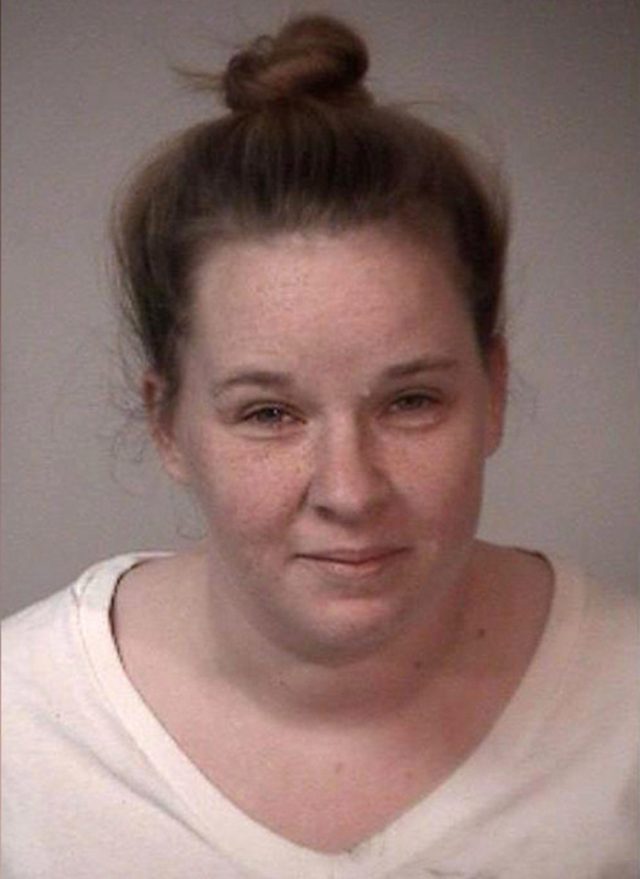 A search of the Stafford residence turned up drugs, paraphernalia, and a video that Walthall recorded while Dye was dying. The video showed Walthall laughing while sexually abusing the man in his final moments.  Adding insult to injury, Walthall seemed to enjoy it, laughing as Dye passed away.

The Roanoke Times reported the incident:

According to prosecutors, Walthall called 911 to report that her boyfriend, Brandon Dye, was unresponsive. First responders rushed to the scene and raced Dye to Mary Washington Hospital. Sadly, it was too little, too late. Dye was pronounced dead at the hospital from what was later determined to be a heroin overdose.

Walthall could be seen laughing as she sexually abused him, then waiting at least 45 minutes before calling 911 for help, the Roanoke Times added.

The defense also alleged that Walthall made the tape to show Dye later in hopes of getting him to quit using drugs.

“It was done stupidly and wrongly, but there was no malice,” attorney Price Koch argued.

He also pointed out that Walthall repeatedly told Dye to “get up” and used ineffective methods such as pouring water on him and shaking him in an attempt to rouse him.

However, Prosecutor SandraPark rejected Koch’s argument. The prosecutor said calling 911 for help was inexcusable and that the “level of depravity” shown in the footage warranted years of jail time.

After pleading guilty to abusing an incapacitated adult, sexual battery, and two counts of possessing illegal drugs, Megan Anne Walthall was sentenced to 16 years in prison for recording herself laughing and sexually abusing her boyfriend as he died from a drug overdose. But, here’s the real kicker: The second drug charge stemmed from another incident that took place months after Dye’s death.

Five months after losing her boyfriend, Walthall gave another man drugs that caused him to also overdose at Newton’s Motel, a motel in Stafford. “That victim recovered and later told police he’d gotten drugs from Walthall and used them with her,” the Times reported, but that’s not all.

After the overdose, Walthall told a friend about it, and the friend told her father before someone finally called for help for the victim. Walthall admitted to removing the needle and heroin from the victim’s room and hiding it in the friend’s room. Let that sink in. If you felt any empathy for Megan Anne Walthall, it should be gone now.

While it could be argued that she was under the influence of drugs at the time of her abhorrent behavior during her boyfriend’s death, she had to have realized what she had done after she sobered up. That didn’t stop her from leading another to an overdose, though, and once again delaying a call for help in hopes of saving herself from the consequences of her actions. Sadly, this is what drug addicts and dealers do. They don’t care who they hurt, and they should have the book thrown at them for it.