Acting Homeland Security Secretary Chad Wolf was delighted to visit Yuma, Arizona on Friday for a victorious celebration. A full 100 miles of solid and secure border wall is complete.

With America’s brand new barricade for a backdrop, Secretary Wolf praised the monumental accomplishment. “Today is a milestone that has been reached and a celebration is in order. Today I am proud to report that the Trump administration has constructed 100 miles of border wall system along the southern border.”

“This is a milestone achievement for the President, the department and more importantly, for our country, including communities like Yuma.”

Progressive globalists under the open borders spell of Darth Soros do their best to water down the success. They call the new construction “replacement wall.” Nothing could be further than the truth, as the acting-Secretary explained.

“One thing I want to emphasize is that every inch of the 100 miles that we have constructed is new border wall system. It’s not so-called replacement wall, as some of our critics claimed. It is new wall.” 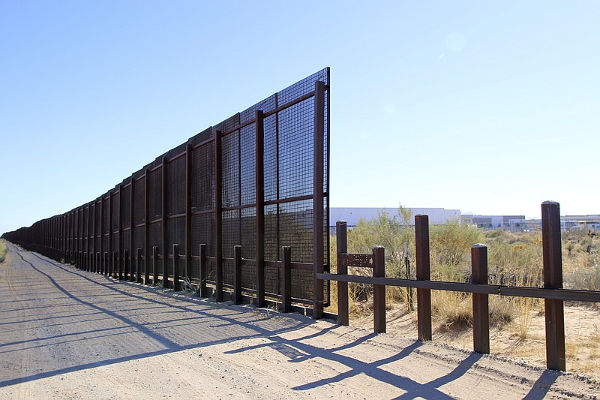 What it replaced was a few ineffective strands of barbed wire strung like a fence, wooden poles with a single cross beam, or, at best, old Vietnam-era landing mats. The new structures are 30-feet tall and come equipped with cameras, access roads, lights, and other technology.

“I use this analogy: when someone builds a new modern smart five-bedroom house in place of a dilapidated run down shack, you do not call that a replacement house, you call that a new house,” Wolf relates.

Wolf acknowledges that the first hundred miles are only the beginning and hopes to complete the entire 450 miles by the end of the year. “We remain confident that we’re on track for 450 miles that are either completed or under construction by the end of 2020.”

Earlier in the week, the 5th U.S. Circuit Court of Appeals handed President Donald Trump a huge victory. They gave the green light for the president to use $3.6 billion in military construction funds as planned.

Breaking News: The Fifth Circuit Court of Appeals just reversed a lower court decision & gave us the go ahead to build one of the largest sections of the desperately needed Southern Border Wall, Four Billion Dollars. Entire Wall is under construction or getting ready to start!

In February of 2019, President Trump was forced to declare illegal immigration a national emergency. “We don’t control our own border,” Trump exclaimed. “We’re going to confront the national security crisis on our southern border… one way or the other we have to do it.”

The acting Secretary is thrilled with the wall’s progress so far because it’s already acting as “a deterrent for illegal immigration, drug smuggling and human trafficking.”