No matter the issue, Chrissy Teigen is not afraid to share her point of view. And because she’s the wife to one of the most popular musicians out there today, John Legend, she and her husband are in the tabloids a lot. But now that she is a mother of an infant again, Teigen is sharing photos of herself “momming” on Instagram that has come up against a lot of hate.

Because Teigen has shared a few images of herself breastfeeding her infant, critics have quickly resorted to shaming her for her body and for feeding her child. With 18 million followers on Instagram, it’s no surprise that some people don’t like everything she posts. And some people are just negative nellies. 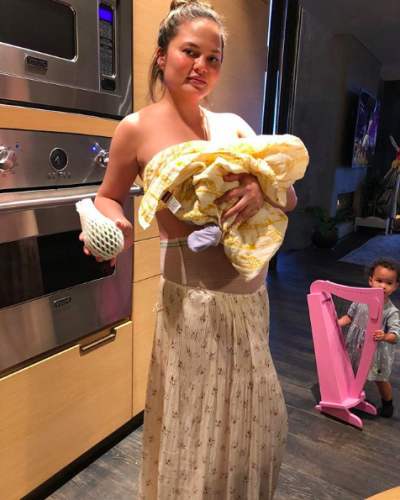 But if you know anything about Chrissy Teigen, it is that she is not one you can cross. She will hit back and make sure you know that she disagrees with you. And with her new son, Miles, who was born in May now part of the family, she is not only outspoken but a protective mother too.

On Sunday, Chrissy Teigen shared an image of herself breastfeeding Miles. In the background, Luna is seen holding a harp. 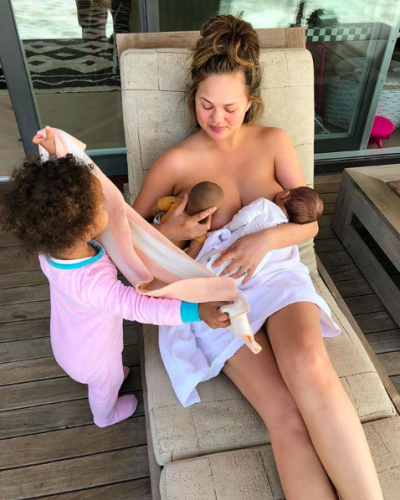 But the most controversial picture of Teigen breastfeeding happened when Luna, her eldest daughter, asked mom to breastfeed one of her baby dolls.

“Luna making me feed her babydoll, so I guess I have twins now,” Chrissy captioned the photo. Chrissy has a smile on her face as she holds both her son and her baby doll to her breasts in the charming image.

But some haters shared comments that rose to the top. They found her image deeply offensive and were not afraid to speak out against it.

Another shared, “I think you have too much time on your hands posting pictures of you breastfeeding? Seriously, that’s personal and yes natural but don’t broadcast it all over.”

The hate kept coming at the new mom.

“Menstruating, childbirth and sex are natural, too, but that doesn’t mean I want to see pics of it and/or celebrities like @chrissyteigen taking a bath or nursing,” one person tweeted.

So how di Chrissy Teigen respond? She shot back with “Calm your t*ts.”

“I don’t care to see grainy fireworks, Coachella selfies or infinity pool pics but I let people live. Calm your t*ts and scroll on by.”

And after someone posted a comment accusing Teigen of being “narcissistic” because she shared a photo of herself doing something private, she shot back with another gem. 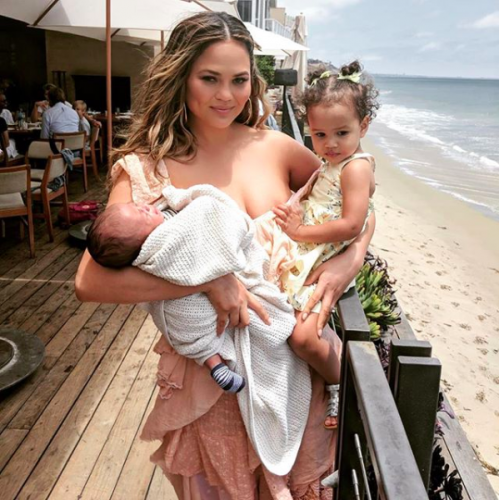 “Nah. Just chillin. Posting daily life like I do with anything else. Cooking, playing with dogs, etc. You make feeding a baby big deal because you got weird t*tty issues.”

As you can imagine, Chrissy Teigen’s fans had a field day with her responses. They loved them!

And despite all the hate, Chrissy will not let it stop her from being the best mom she can be to her little ones.