The President of the United States is doing as good of a job as expected given the circumstances.

It is hard to know what direction something like this crisis is going to take on a day to day basis.

It seems that a lot of people are using it as their opportunity to cash in all of the jokes they had saved up on Trump and to be honest it is really annoying at the very least. I often wonder how some of these people would do in the same circumstances.

On Wednesday, actor Dennis Quaid shared a post on Twitter that erupted a conversation around the intersection between public health and politics. Because Quaid felt that President Trump was doing a “good job” to curb the spread of the COVID-19 pandemic, he said as much on the online platform.

Little did he know, but his support for the president and the president’s actions during this unprecedented health crisis would spark outrage among his followers on the left.

Quaid is currently in isolation with his hot, young fiancé Laura Savorie at his home in the Hollywood Hills. Quaid, 64, and Savorie, 26, have been spending a lot of intimate time together during the pandemic because there are few other activities to engage in during this time. 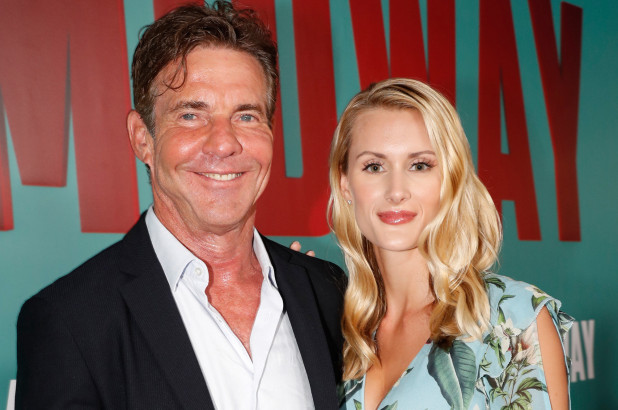 Because of the coronavirus outbreak, Quaid had to postpone his April 4, 2020 wedding to Savorie, which was scheduled to occur in Hawaii. He told The Daily Beast about what he thought about Trump’s handling of the catastrophe.

“Well, to tell you the truth, I think the president is handling it in a good way. We see him on television every day, he’s involved, and the travel ban early on was a great idea—which he did in spite of protest about that.”

Quaid’s support comes as Trump’s approval ratings fell and the death rate in the United States from COVID-19 soars.

Quaid added, “I think Trump, no matter what anybody thinks of him, is doing a good job at trying to get these states – and all of the American people – what they need, and also trying to hold our economy together and be prepared for when this is all over. I don’t want to get into petty arguments about it. There’s a lot of talk about how South Korea handled the crisis, and the thing about South Korea is they’re still in a state of war with North Korea and are always on the alert for all kinds of threats—nuclear threats, biological threats—so I would imagine that had something to do with how quickly they were able to respond to it.” 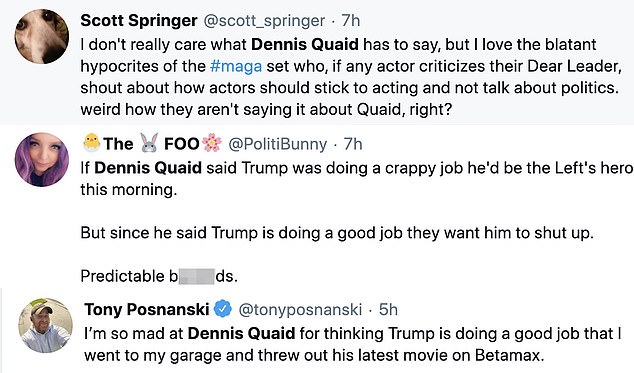 Quaid also clarified that he was not a Republican – but an independent. He chooses to be independent, so he does not have to be tied to a specific political party.

The actor felt that Trump made the right move to ban travel from China back in February, although it was more than a month after the White House was briefed on the deadly novel coronavirus.