Another one bites the dust as one more strange murder has occurred to someone who had ties with the Clinton family.

This is starting to get a bit horrifying with the number of increasing mysterious deaths that seem to be linked to the “Clintons.”

The latest including a top journalist named Daphne Galizia of Malta. She had recently exposed millions of documents in the Panama papers that leaked proof of top-level government corruption nation and worldwide.

On Monday Daphne Gllizia was killed in a huge car bomb that sent her to her death. 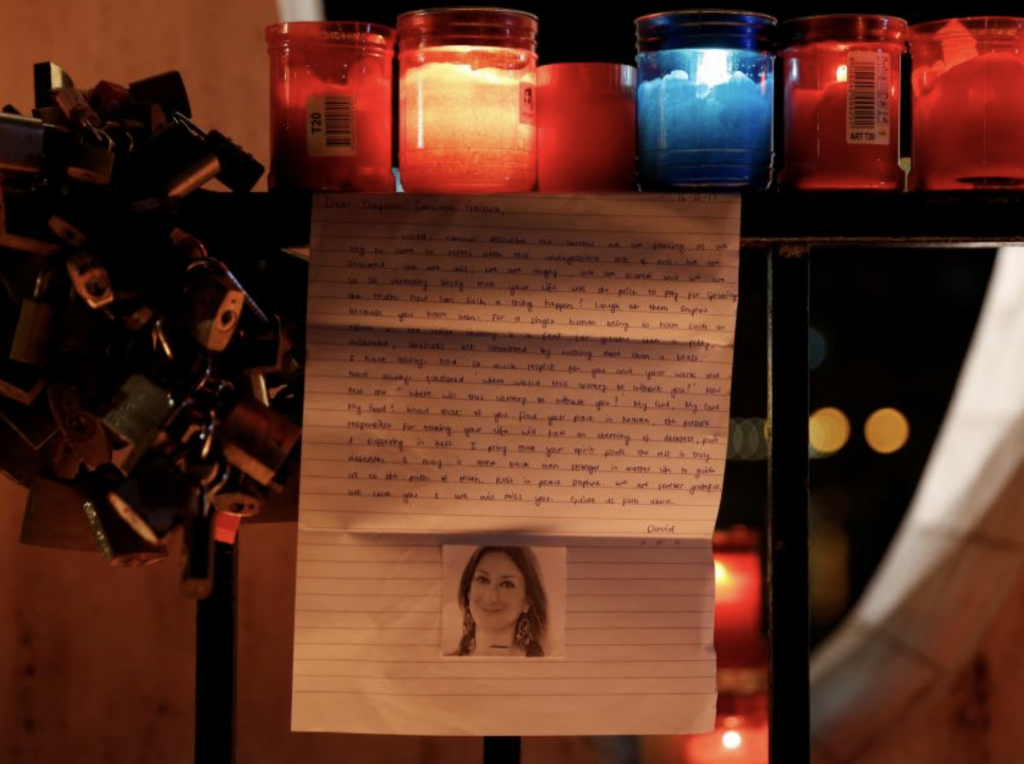 Galizia’s latest report proved that Malta’s leader Joseph Muscat and two of his top advisers were in a corruption scam with the government of Azerbaijan. Muscat, however, said the attack is totally “barbaric” and has nothing to do with him.

Galizia’s son Matthew wrote a Facebook post accusing the Maltese government of being involved. Matthew did not mention the Clintons, however, who were very impacted by Galizia’s work and had a grudge against her.

“My mother was assassinated because she stood between the rule of law and those who sought to violate it, like many strong journalists. But she was also targeted because she was the only person doing so. This is what happens when the institutions of the state are incapacitated: the last person left standing is often a journalist. Which makes her the first person left dead,” Matthew wrote.

Galizia will always be honored as a brave and accomplished investigative journalist who exposed the corruption of the ruling class. The Panama Papers leaked almost 12 million documents showing the ways elites hide their money offshore. The exposure also hit hard at the United States, showing how elite and crime family donors had helped fund the careers of Bill and Hillary Clinton and profited by offshore tax havens.

Galizia’s son Matthew is also an investigative journalist and said he was there when the attack occurred.

“I am never going to forget, running around the inferno in the field, trying to figure out a way to open the door, the horn of the car still blaring, screaming at two policemen who turned up with a single fire extinguisher to use it. They stared at me. ‘I’m sorry, there is nothing we can do,’ one of them said. I looked down and there were my mother’s body parts all around me. I realized they were right, it was hopeless,” he said.

The poor man told police that was his mom and blamed them for not protecting her better.

“My mother is in the car. She is dead. She is dead because of your incompetence,” he remembered telling them.

“When there is blood and fire all around you, that’s war,” Matthew said. “We are a people at war against the state and organized crime, which have become indistinguishable.”

“How did we get here? A culture of impunity has been allowed to flourish by the government in Malta,” Matthew wrote. “It is of little comfort for the Prime Minister of this country to say that he will ‘not rest’ until the perpetrators are found, when he heads a government that encouraged that same impunity.”

How true is this also of the crimes of the Obama Administration which are now coming to light and of the awful secrets of the Clinton crime family? A “culture of impunity” is a great way to describe the Clinton mentality and injustice.