This April 6, the former White House press secretary will be joining hosts Harris Faulkner and Emily Compagno. The show was debuted on 2014, four women and one man reviews issues making headlines.

Kayleigh McEnany, 32, former White House Press Secretary of the former President of the United State of America Donald Trump, joined the conservative-leaning cable news network earlier this month as an on-air commentator. “Outnumbered” is the Harvard Law School alum’s first hosting gig for Fox News. This is a huge deal, marking a permanent notch for Kayleigh as a fixture in conservative news. This allows her to keep her fan base while Trump supporters put up with the next four years of Joe Biden, or whoever replaces him if his health fails him before then, which we of course do not wish on him.

Kayleigh posted to her Twitter just a moment ago:

I am honored to be joining @OutnumberedFNC, @FoxNews as a co-host!

I will be alongside founding anchor & talented journalist @HARRISFAULKNER and @EmilyCompagno, a truly great legal mind.

“Kayleigh’s unique background in politics and law coupled with her experiences confronting women’s health challenges and life as a new mom will add robust insight to ‘Outnumbered’ — we are delighted to welcome her back to Fox News where she began her media career,” Scott said. 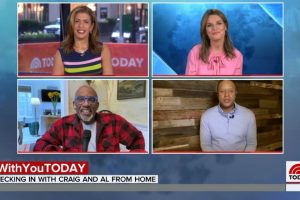 McEnany was a critic of Trump in the early days of the 2016 presidential campaign before he won the Republican nomination.

However, she became a loyal and vocal Trump supporter after he won the election, and named as the national spokesperson for the Republican National Committee in 2017. She was named White House press secretary in April 2020, and quickly demonstrated an ability to vigorously defend or rationalize Trump’s frequent misstatements.

This assignment will surely put the spotlight between Trump and Fox News, the revolving door between TV news operations and the White House press office has been spinning for years.

McEnany’s predecessor, Sarah Huckabee Sanders, was a Fox News contributor after she left the Trump administration. Sanders gave up her Fox News role once she declared herself a candidate for Arkansas governor, as the network does not permit politicians who are running for office to be on the payroll.

The former president’s daughter-in-law Lara Trump was also hired by Fox News as as a paid contributor, although any organizational move she makes toward a U.S. Senate run would require her to give up the position. Lara Trump has said she is considering a run for the Senate seat of her home state, North Carolina.