When Donald Trump ran for President last year, he promised America that he was going to crack down on illegal immigration for security reasons and our safety as a nation.

He has ordered the Department of homeland Security to step up its “extreme vetting program.”

President Trump it okay with being politically correct however not after a man drove a pickup truck through a bike path in lower Manhattan in an act of terror. Five Argentinians and a Belgian citizen were victims of the event. 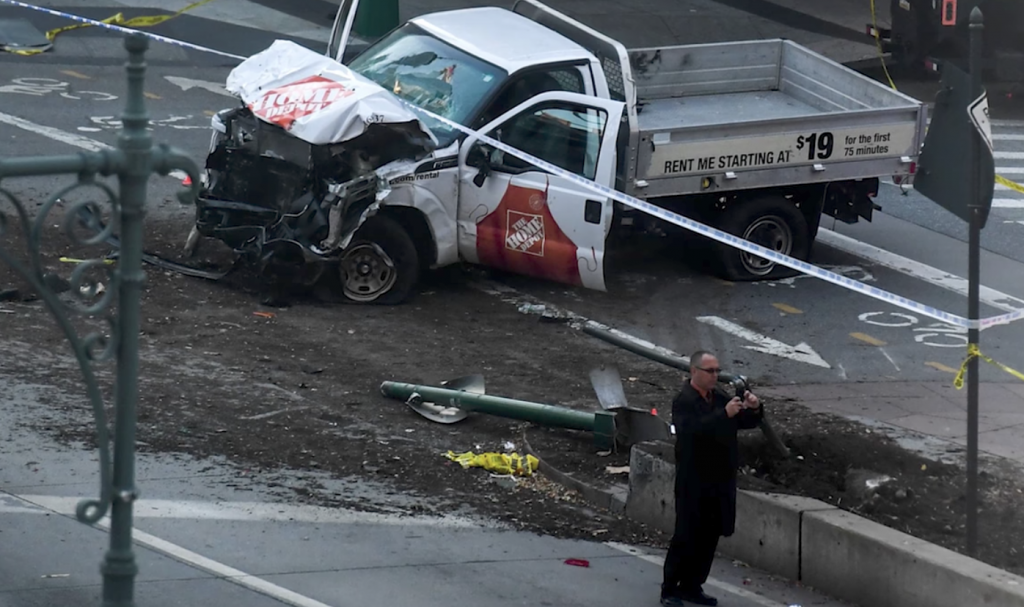 Trump wrote on Twitter: “In NYC, looks like another attack by a very sick and deranged person. Law enforcement is following this closely. NOT IN THE U.S.A.!”

The tweet came roughly 30 minutes after the first lady, Melania Trump, responded to the attack on Twitter by saying: “My heart breaks for #NYC today. Thoughts & prayers as we monitor the situation.”

Trump is unleashing the Halloween horror on terrorists.

After the Manhattan terror attack today, Trump is not messing around. An Islamic jihadist killed 8 people and injured several more. Trump gave the order. He ordered the Department of Homeland Security to strengthen its “Extreme Vetting Program.”

“I have just ordered Homeland Security to step up our already Extreme Vetting Program. Being politically correct is fine, but not for this!,” tweeted President Trump.

Details have emerged about the terrorist at this point. He immigrated to the United States under President Obama in 2010. He is 29-years-old and was a Florida resident.

According to NBC’s Tom Winter, a note was written by Saipov pledging his allegiance to ISIS.

Share this if you think that we need to have extreme vetting in this country. It’s very damn simple, y’all. If you don’t want terrorists in the country, then don’t let them in.