During the Obama administration the Clinton Foundation swelled by $100 million thanks to an illegal bribe with none other than Russia. 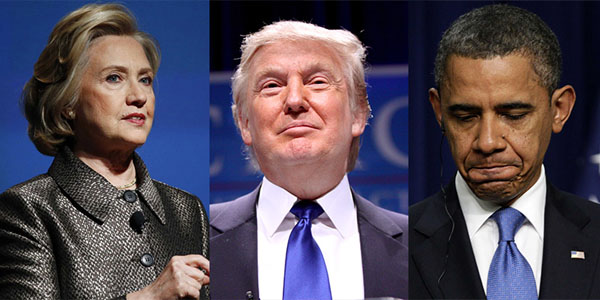 While President Trump was winning the 2016 presidential election, the Democratic Party and then president Obama were calling for investigations into Russian collusion and/or tampering with the US election process via internet hacking allegations because they just couldn’t comprehend that they had actually lost, to Donald Trump. Now it turns out that the actual collusion with Russia came from them and the former FBI directors were knowingly hiding this information in order to protect Obama and the Clinton’s with being federally charged for committing financial fraud with a foreign power.

Robert Mueller and most likely James Comey knew this information while they served as FBI director and yet disobeyed their constitutional oath by refusing to expose them rather then protect them. Now Mueller gets to head a special investigation into Trump being accused of Russian collusion? How is that a nonpartisan opinion?

According to a report that is running on The Hill.com today, Robert Mueller is neck deep in colluding to protect both Obama, his administration, and the Clintons from charges of selling out national security interests to the Russians.

“Before the Obama administration approved a controversial deal in 2010 giving Moscow control of a large swath of American uranium, the FBI had gathered substantial evidence that Russian nuclear industry officials were engaged in bribery, kickbacks, extortion and money laundering designed to grow Vladimir Putin’s atomic energy business inside the United States, according to government documents and interviews.”

The F.B.I. was also in possession of an eyewitness account — backed by significant documentation — that indicate Russian nuclear officials had routed multiple payoffs of millions of dollars each to benefit former President Bill Clinton’s charitable foundation during the time Secretary of State Hillary Clinton served on a government body that approved questionable decisions to Moscow.

Mueller has spent the past 16 years covering the sins of two corrupt administrations. This makes him complicit in their illegalities. What the hell is he doing leading an investigation in Donald Trump?

Democrats always play crooked and with a Republican in office the panic is obvious as more and more liberal scandals are revealed.