It’s almost a wonder that Jim Acosta is even allowed anywhere near the White House let alone being in the press briefings anymore.

The way that he continuously acts towards Sarah Sanders and the Trump Administration in general he is not unlike that drunk that we have all run into at a bar at one time or another that decides to try and pick a fight with someone whenever they or he walks into the building.

Acosta has shown countless times that he simply does not want to even attempt to sound like he is going to at least be civil and respectful.

Which of course ties into what he is trying to project of the Trump Administration is that everyone flies off the handle. He is that drunk bar patron again, trying to insult people into punching him and then complaining when it stings. 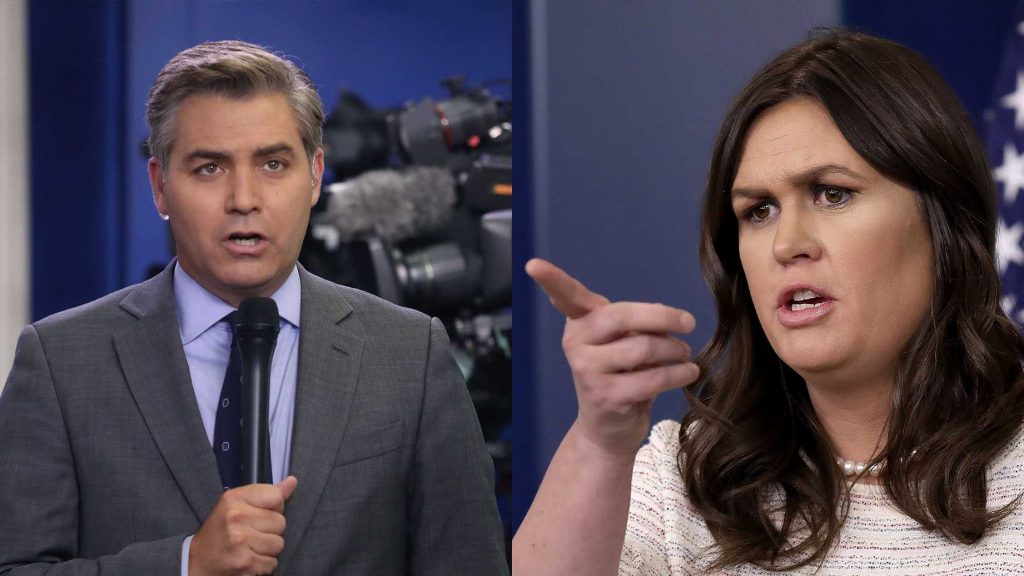 “Isn’t there something wrong with the president of the United States mocking somebody who says she was sexually assaulted?”

“It seemed to me that he was stating facts that Dr. Ford herself laid out in her testimony,” Sanders said. “Once again, every single word that Judge Kavanaugh has said has been looked at, examined, picked apart by most of you in this room, but no one is looking at whether or not the accusations are corroborated, whether or not there’s evidence to support them.

“Every person that she named has come out and said either they didn’t recall it, or it didn’t happen or they weren’t there.”

Sanders called on another reporter, but Acosta interrupted her.

“Are you saying Judge Kavanaugh is the victim in all this?” he asked.

“I think both Dr. Ford and Judge Kavanaugh are victims at the hands of the Democrats,” Sanders responded quickly. “I think it is absolutely disgraceful what they have done. They exploited Dr. Ford and all of the women who have come out to make any type of accusation.

Sanders then called on another reporter, but Acosta interrupted.

“You don’t have any problem defending his comments from last night?” he asked.

“I don’t have any problem stating facts,” Sanders said. “I know that’s something you probably do have a problem with, but I don’t.”

You can watch the entire exchange here: