A number of people opposed Frederica Wilson’s accusations against President Trump for his alleged insensitivity towards the wife of the fallen soldier.

And to her conclusion the Democrats did everything in their power to make President Trump look bad, as they politicized this horrible tragedy that left the wife grieving after her husband gave his life for our country. 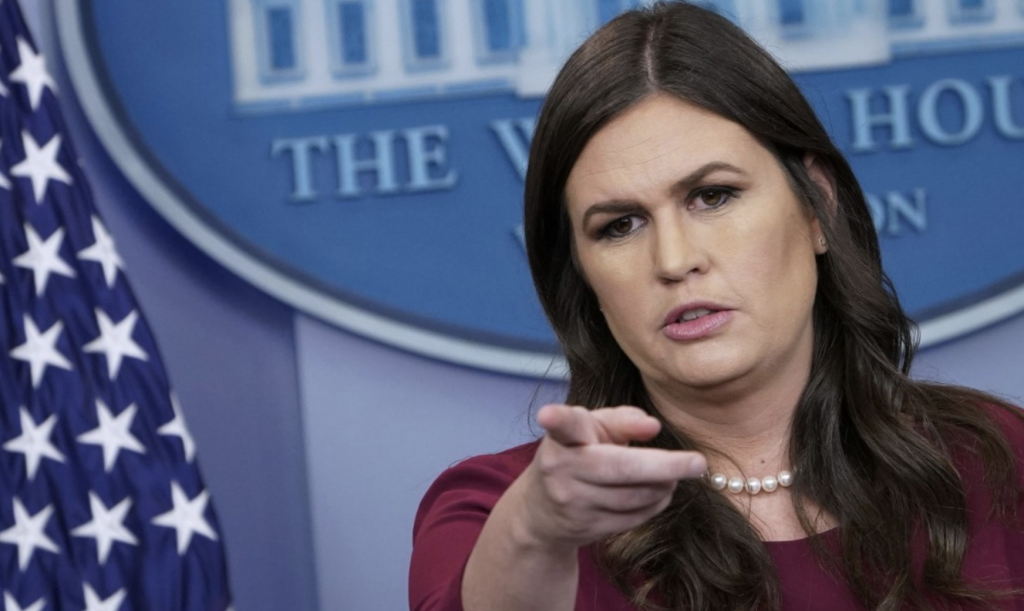 Frederica Wilson tried to ruin Donald Trump’s reputation by taking the sentence that he used, “knew what he signed up for… but when it happens, it hurts anyway,” and using it out of context.

And to top it off she blamed him stating that Trump doesn’t care about the military people.

Sarah Huckabee Sanders walked to the podium and delivered the counter punch heard round the world such was the strength of her devastating take down of Fredrica Wilson.

In a widely anticipated White House press briefing, Sarah took on the media, Fredrica Wilson, and anyone else who has disgraced the sacrifice of our fallen soldiers.

By playing politics with their death – it is unthinkable that the the Democrats sunk this low.

But worse, they went after Trump about it. Adding insult to tragedy for the family involved.

The liberals care for one thing – their power.

Which is hilarious because after decades of mismanagement they have basically no power – I am talking about the states and at the federal level. Total wipeout.

Press secretary Sarah Huckabee Sanders said, according to Newsmax, about the disgraced fraud of a human being Fredrica Wilson:

“If you’re able to make a sacred act like honoring American heroes about yourself, you’re an empty barrel.”

Perfect. Because that is what Kelly called Fredrica and she went bonkers and actually accused him of racism.

Which was news to the entire world – empty barrel is a racist term?

But Sarah was just getting started,

Correct. The man’s a hero who lost a son who was also a hero.

But the press kept badgering her and kept asking her about Fredrica and an annoyed Sarah Huckabee Sanders finally relented, she looked straight into the camera and said what will be forever known as the counter punch heard round the world

“She’s all hat and no cattle.”

Boom. Done. Game over. Go back under the rock from whence you came Fredrica your 15 minutes of fame at Trump’s expense are officially over.