A shortage of fresh meat may be unavoidable now that a cluster of employee Covid-19 cases prompted Smithfield Foods to announce an “indefinite” shutdown of its Sioux Falls, South Dakota, plant. It does not mean that we’re running out of food. Experts say any scarcity will be “temporary” and there is plenty of meat in the freezer to go around.

The shortage isn’t as scary as it sounds

Liberal news media are capitalizing on the public’s fear to focus on an unavoidable fresh meat shortage, An announcement on Sunday by Smithfield Foods, the world’s biggest pork processor,  warns consumers that fresh meat supplies are “perilously close to the edge,” after they closed a major processing plant.

Food supply chain experts at Virginia Tech say that was to be expected and will only be temporary. “The food supply chain will be able to withstand the COVID-19 pandemic and continue to feed Americans across the country.” All the food destined for restaurants will be diverted to individual consumers. Also, “much of the nation’s food supplies for grocery stores are either in storage or within the food supply chain and just need to be processed or delivered.”

“I don’t anticipate any problems with running out of food,” assures Olga Isengildina-Massa, associate professor in the Department of Agricultural and Applied Economics in the College of Agriculture and Life Sciences. Her colleague Mary Marchant agrees. She thinks any shortage will be temporary. “I think all involved in the agriculture and food sector are working hard to fulfill consumers’ demand for food.”

Many staple crops are just getting ready to go into the ground. “For corn, soybeans, fruits and vegetables, and other crops, we’re just at the beginning of planting season.” 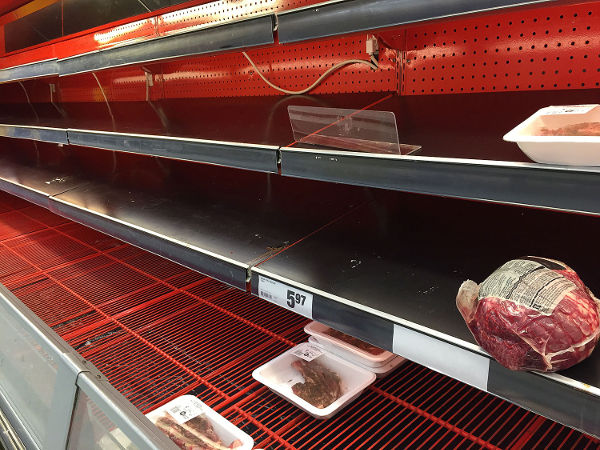 The mainstream media rushes to panic

Smithfield was trying the best they could to keep production going to avoid shortage, but were forced to close “one of the nation’s largest” pork processing facilities. “We have continued to run our facilities for one reason,” the company’s CEO relates, “to sustain our nation’s food supply during this pandemic.”

“We believe it is our obligation to help feed the country, now more than ever. We have a stark choice as a nation,” Ken Sullivan asserts. “We are either going to produce food or not, even in the face of COVID-19.” As Sullivan explains in Sunday’s press release, “It is impossible to keep our grocery stores stocked if our plants are not running.

These facility closures will also have severe, perhaps disastrous, repercussions for many in the supply chain.” He’ll open back up to replenish the shortage the second he gets a green light from state officials. What was originally intended to be a four day closure for deep cleaning turned into a two-week shutdown by order of the South Dakota Governor, Kristi Noem. 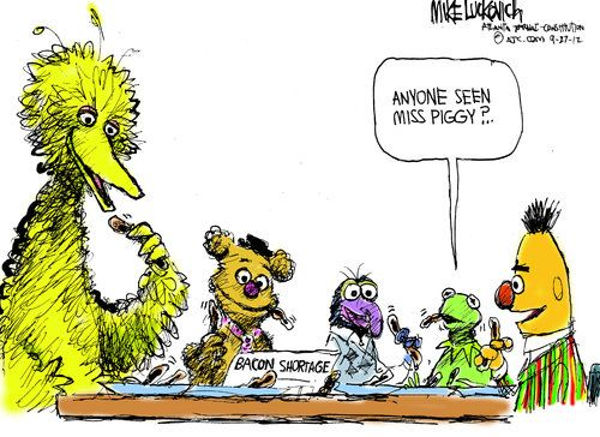 Other meat plants in the same bind

Tyson Foods, Cargill,and JBS USA have already closed at least ten plants. “A lack of protective equipment and the nature of ‘elbow to elbow’ work required to debone chickens, chop beef and slice hams are highlighting risks for employees and limiting output.”

There is a silver lining in the dark cloud though. Because the virus response has closed all the bars and restaurants, there won’t be any shortage of commercially packaged supplies. “Frozen meats in U.S. cold storage facilities remain plentiful.”

Growers and farmers are doing what they can to keep employees safe, avoid shortage and keep the food supply secure, “including scaling back the number of workers they’re transporting on buses, spacing workers out more as they harvest and increasing the number of hand-washing stations.”

This aspect of the crisis highlights exactly why we need to account for all of our migrant workers. For the duration of the crisis, America is putting politics aside. We need to shelter and protect our “guests” whether they were invited or not. Because so many of our field workers have been hiding in the shadows, they’re afraid to seek medical care if they get sick. Nobody wants to see that.

“We are supposedly working so other people can be at home, so they can have food,” an orchard worker named Maria relates. “They called us ‘essential workers,’ but we don’t have any rights.” According to government estimates, “at least half of farmworkers are undocumented immigrants.”